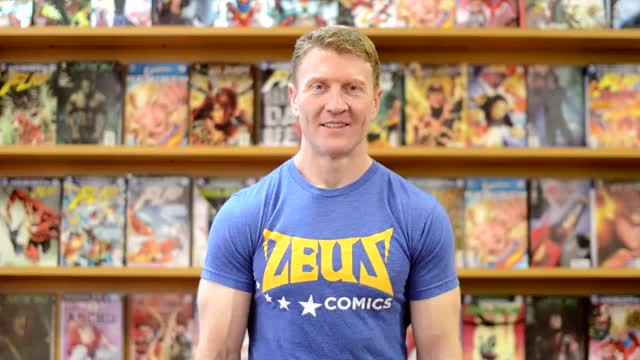 Clifford Devoe, Dominique Devoe, Becky Devoe. Will the Devoes succeed in their quest for Clifford to absorb all of the powers of the remaining Dark matter metas? It's a race to save subject number nine! Which brings me to this week's Flash points.

Ralph's keen idea to sort through the dark matter buses’ lost and found leads us to a music demo CD and our Subject #9: Izzy Bowen, an up and coming country music fiddler and singer. At first, Izzy rejects Ralph and Barry in their warning about a powerful and dangerous person coming after her. It's not until a confrontation with Becky Devoe and a suited-up Flash, Elongated Man, and Vibe that convinces Izzy to trust them. Even more, Izzy's own sound power knock Devoe to the ground and Marlize ports in to save Becky.

It's Iris who hands Izzy her own fiddle as a device to channel her sound wave abilities into a destructive force in a hella cool training session with Barry and Ralph. But it's Ralph who makes the true connection with Izzy. Having established Ralph as a consummate bachelor at the beginning of the episode, as Iris says 'ya nasty' after hearing of his sweat soaked futon, it's Ralph's honest relating to Izzy about their situation both being dark matter metas that proves Ralph's genuine and sincere interest in her -- and makes the ending all the more heart breaking. More on that in a minute.

Cecile's tele-pregnant-pathy is keeping her up at night, as Joe's dreams are invading her mind. After a chance run-in with Harry Wells at Jitters, Cecile is bestowed a new Well creation: The mental activity dampener or ten pounds of head gear designed to block out Joe's dream thoughts.

It’s this invention that gives Harry the Aha! to create a device to block Devoe's powers - his 'cerebral inhibitor.' And it’s the same device referenced by Savitar/evil future Barry last season as a flashback reminds us. Plus, Harry and Cecile become new besties when the device works for her natch. It's Cecile who suggests Harry reach out to his estranged daughter, Jessie Quick. More on that in a minute.

Mizzy Jackson if you're nasty

Clifford Devoe's massive metal capabilities from the particle accelerator explosion destroyed his body from the power needed to feed his brain. Not even the chair his wife Marlize the mechanic built could stave off his physical death. Devoe's only hope was to jump into the dark matter metas he created when he pulled Flash out of the speed force prison. One side effect is that he also absorbs those powers of the dark matter metas - but you should already know this, right?

We get a reminder of this at the beginning, when his current host, Becky, collapses. We even get a summary by Team Flash of the discovered subjects: Dominique – absorbed and previous host, Black Bison - absorbed, Dwarfster - absorbed, Killgore - absorbed, Becky aka Hazard - absorbed and current host, the Weeper, who’s currently MIA - assumed prisoner of Devoe - (but wouldn't he have just jumped to that body if Becky’s was failing?), Ralph who's currently Team Flash, and Fallout, who's somewhere with Season 03 character Tracy Brand, who's trying to find a cure for him.

That leaves four remaining subjects, including our unlucky Subject #9 Izzy Bowen, based on golden age Jay Garrick Flash villain Issac Bowen the Fiddler. After initially training with Team Flash, a defiant Izzy decides to take on Becky Devoe as her sound powers are seemingly the only thing that hurts the Thinker. Flash, Ralph, and the newly created cerebral inhibitor are unable to save Izzy in her fight against Becky as Becky zaps Izzy and jumps into her body. And a heartbreaking final moment with Ralph. "My first name isn't Becky, It's Izzy." Mz Izzy if you're nasty.

Up next on the Flash: Can guest stars Jay Garrick and Jesse Quick aid Barry after a nuclear bomb detonates in Central City? Can three speedsters slow down long enough to save the city?

Oh, and is that Killer Frost, too?? It's a brand new Flash, Enter Flashtime.