Legends of Tomorrow: Ray and Nora look for cold fusion, and what is Rip hiding about Agent Sharp? (S03:E13) 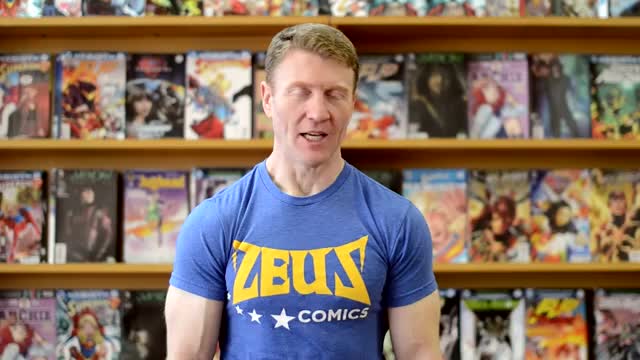 Hello my Legends Legionaries! It's Richard from Zeus Comics!

So Agent Sharp and Sara totally did it as Zari discovers while complimenting Sharpe, "Ava you look great!... in what you were wearing yesterday." Ha! Who wants a Zari Show after her brilliant moments?? Or an Agent Ava Sharp and Sara Lance show? Or a Nora Darhk/Ray Palmer show? Which they should totally do because Brandon Routh  / Ray Palmer and Courtney Ford / Nora Darhk are married in real life. And the chemistry shows

With the fire totem in pieces, Ray Palmer prisoner of Damien and Nora realizes only the power of the theoretical cold fusion can merge the pieces back together.

Ah but it's not theoretical - it was invented in 1962 East Germany by Dr Bernhard Vogal - a scientist a young Damien Darhk assassinated before the formula was revealed stopping it's invention!

Trying to prove herself to Dad Damien, Nora convinces him to let her and Ray travel back to 1962 to save Vogel and the formula! But uh oh, young Damien and special guest star his blond wig storm the room.

During young Damien's assignation attempt he accidentally shoots and destroys the time stone trapping Nora and Ray in 1962.

Ah, but Vogel's quest to reunite with his wife and young daughter tugs at Nora and he promises to give them the formula if Ray and Nora get him to his family.

It becomes quite the comedic therapy session with Ray Palmer playing the psychologist as Dad Damien travels back to save them and Nora and Damien hash it out. "Was it in my best interest or your best interest when you pushed a scared little girl into the arms of a demon to bring you back to life?" Ow Sick truth burn Nora!

During the final showdown to get the formula, Ray shoots a portion of the Berlin Wall causing such a massive anachronism that it gets the attention of our Legends and their newest member Wally West. Not only is Wally able to grab Ray who had the formula, but he nabs the pieces of the fire totem from Damien’s pockets

But it's not all success for our Legends as Nora, in a selfless act to save her dad, unlocks the power of Amaya’s Spirit totem.

As Amaya's ancestor revealed in the Astral plane Mallus was an evil all six-original totem bearers trapped in a prison made of time. The more time becomes unstable the closer Mallus is to freedom.

Like all our supershows the end of No Country for Old Dads becomes a 5 minute epilogue city!

First, Sharp calls Time Director Bennett only to watch him get Gorilla Grodd’ed to death, making next in line Agent Ava Sharp the new Director of the Time Bureau, Nate notices that Ray's comments on Nora imply he's crushing on her, Sara formally invites Wally to stay

Hopefully this doesn't lead Sara and Ava to Heartbreak Hotel because up next it a trip to save Memphis and the King of Rock and Roll Elvis!

It's also the reveal of the Sixth Totem in the newest Legends of Tomorrow "Amazing Grace!"