Arrow: Ain’t no Arrow in Arrow, but we get all the backstory on The Dragon (S06:E19) 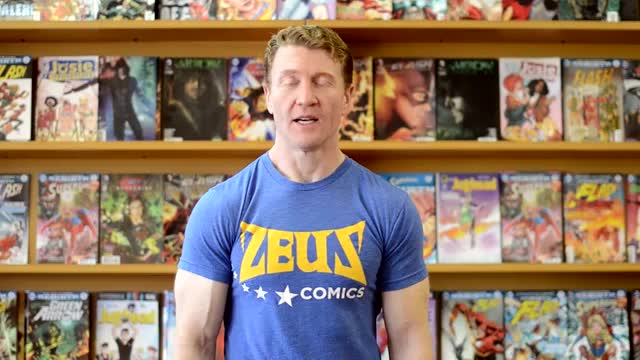 Its an Arrowless Arrow as we get the back story on season big bad Ricardo Diaz! No seriously they ain't no arrow up in here!

Ricardo Diaz brings one woman army Black Siren on a mission to get Diaz into the Quadrant, a criminal organization who according to Diaz controls all criminal activity across the US.

His offer to the Quadrant? They can run all their activity through Star City and in exchange Diaz wants a seat at the table of Quadrants leaders - something he literally takes by the end.

In his way are Quadrant member Eric Cartier Sr and his son Eric Cartier Jr. Its Junior under the direction of his dad that leads Diaz on a quest to destroy one the Cartiers’ enemies under federal protection Robert Baylor. When Diaz offers up Baylor, junior shoots both Baylor and Diaz leaving Diaz for dead.

Thanks bullet proof vest! Now I can exact my revenge on junior using him as human bomb to take down the quadrant security to get into their meeting. It was quite an explosive surprise!

Diaz then takes his revenge on senior clearing a chair at the table of the Quadrant. And if you weren't terrified of Diaz yet, he caps off his revenge going after his childhood orphanage bully by setting him afire. Yikes!

We learn out of all this that his nickname "the Dragon" is his own. One he created to name his fear - and as he says "I control the Dragon"

Curtis also comes back in the fold this episode when he and Felicity resume their partnership in their company Helix. It’s during these scenes, Felicity catches Curtis up on Oliver going solo and Diggle leaving. But in a heart to heart in the end, Felicity tells Oliver she needs to be involved. She can't deal with the risks unless she's helping.

Up next, a heavy chained Oliver and Diaz go mano-a-mano - hot! In a setup reminiscent of last season’s Prometheus/Oliver torture session.

And Quentin starts to suspect Black Siren isn't on the Laurel she's pretending to be.

Plus it’s the return of Renee Ramirez in a brand new Arrow Shifting Allegiances.