The Flash: Things get hairy with Harry, and Amunet Black returns! (S04:E21) 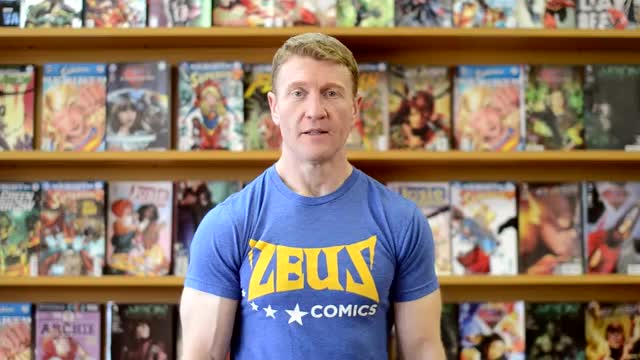 With the clock ticking on the Thinker Clifford Devoe's plan to bathe Earth in Dark Matter causing the human race to lose intelligence, the Flash Squad turn to the only solution they think can to stop Devoe's Satellites - black market meta trafficker Amunet Black! Which brings me to this weeks Flashpoints

Alright Alright let's gets this out of the way. I was not superjazzed by the title Harry and the Harrisons. We've got two episodes left and I didn't want to spend it with the Council of Harrison Wells, a failed subplot from earlier in this season. Apparently, the Council of Wells didn't either as they reject our Harry Wells from their council due to his failing intelligence brought on by the dark matter overload from his own thinker-esque thinking cap.

Our other, other subplot follow Iris on her quest to expose Clifford Devoe via her Flash blog. Remember when Flash first started Iris like in the comics was a news reporter something the show later dropped so Iris could focus on being the leader of Team Flash. Iris wants Central City to know about Devoe's scheme - dark matter satellites and all. Something that Barry is concerned about because it would make Iris sound like a fanatic. But Iris persists and her published piece at the end of the episode works giving team Flash Devoe sightings across the city!

The real joy this week is the return of Katie Sackoff's Amunet Black! After the deal with Warden Wolfe earlier this season went south, Amunet gave up her meta human trafficking gig but not crime as out heroes track her to an illegal gambling operation. See the Flash Squad has realized the only way to stop Clifford Devoe's satellites is to take them down via non-tech solution (because a tech solution could be stopped by Killgore's powers) - and who could perform such a task but meta human Amunet who's control over metal could give the Flash Squad a projectile capable of taking down a satellite

And she agrees to help! One little catch? Her former henchman Norvok raided a large stash of the special alloy she uses for her metal magnetic powers sending the Flash Squad on a quest to get it all back. All of the super powered action sequences are here with Amunet throwing razor sharp projectiles to Norvok's snake for an eye to the hella cool Amunet using the alloy as a cyclone to carry her up, up and away. The final result? Amunet leaves our heroes with a magnetic super projectile that will explode apart taking down a satellite down.

Quick note: Caitlyn's hope for Amunet's transmodgenator splicer to fix her Killer Frost problem ends when Amunet tells her the splicer was a fake.