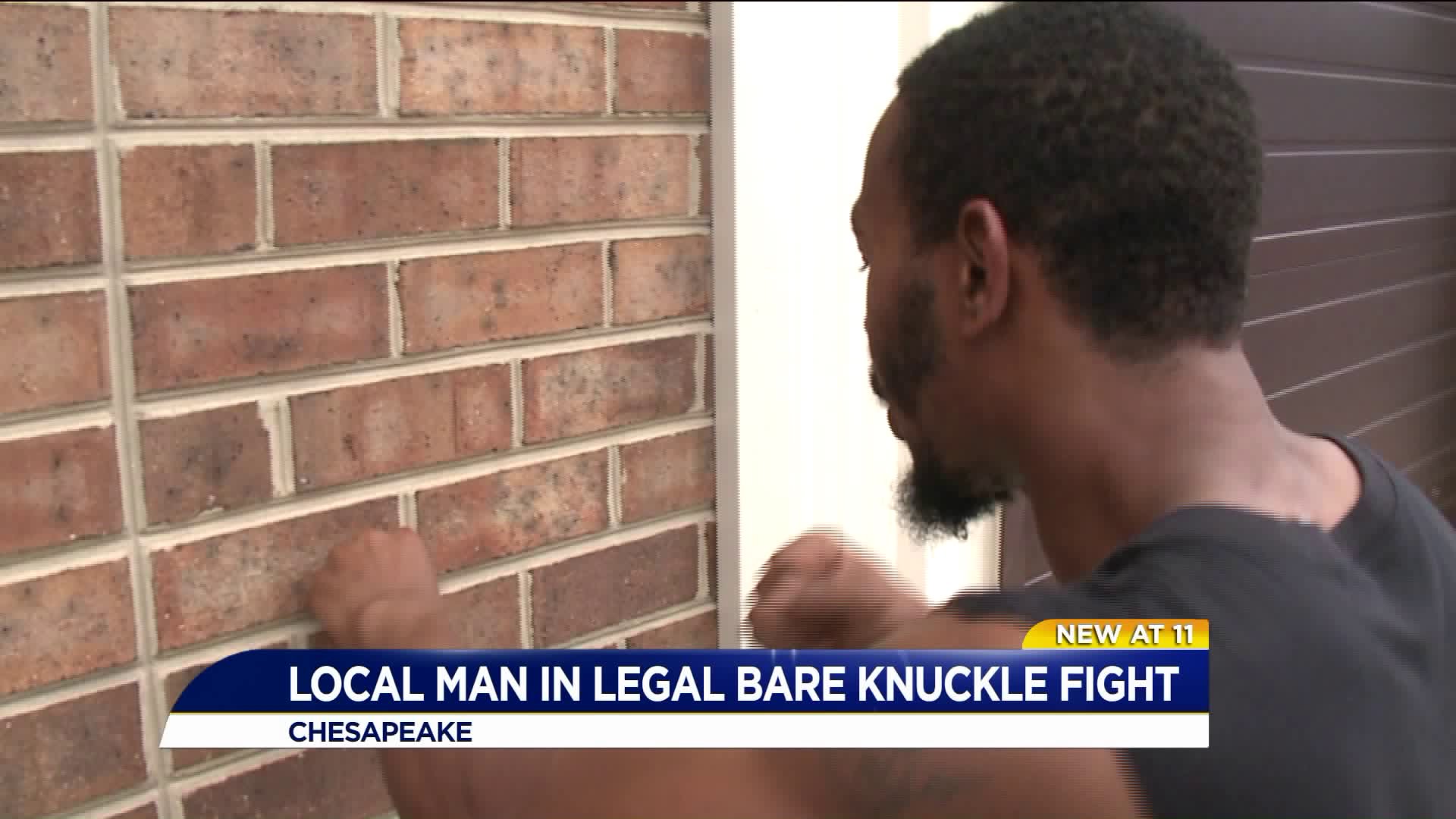 CHESAPEAKE, Va. - Reggie Barnett Jr. is preparing for the fight of his life. The Virginia resident will fight in the featured bout in the first sanctioned U.S. bare-knuckle boxing match  in 130 years .

At 757 Boxing, the gym Reggie Jr. owns with his dad, he puts himself through brutal workouts to make sure he's ready. On Tuesday afternoon, he's going through what he calls a "light workout" consisting of sparing and other exercises in the ring, then circuits outside, switching between skipping rope, push ups, jump squats and more.

"I finally have the opportunity I was looking for to fight in front of the entire world," said Reggie Jr. after the workout was complete.

It's been a long road for the fighter, both in and out of the ring. Reggie Jr. has battled alcoholism, which previously landed him behind bars. The promoter of the fight had to go through 28 states before finding one who would be willing to legalize the bare-knuckle fight. He also went through countless fighters before choosing Reggie Jr. and the others who will spar that night. The showdown will also be on pay-per-view.

When WTKR first spoke with Reggie in 2016 , he was making his comeback.

"I struggled with alcoholism for years, I just was so down and out that I decided that before I got locked up, that I needed to do something," he said.

Reggie Jr. has been fighting his whole life. He picked up gloves when he was 4 years old, but his parents wouldn't let him pursue it until two years later. Then, he lost seven fights, resulting in him deviating from the ring and heading to the diamond.

But baseball just didn't cut it. He also did cheerleading but wasn't a fan of being a flyer. That's when he decided to get back into boxing. He was successful, taking home state titles, even Junior Olympic titles.

When he was 18 and no longer needed his parents' permission, he decided to try MMA. After a rough start, he convinced a friend of his who does MMA to trade lessons.

"I told him I would teach him how to box if he would teach me how to grapple and we’ve been inseparable for a decade. He's been in my corner ever since," smiled Reggie Jr., adding his friend will definitely be there in Cheyenne.

Reflecting on when it hit him that he would be in the first bare-knuckle fight sanctioned in the U.S. in 130 years, Reggie alluded to a promotional poster.

"When that first poster came out I was like, 'Yes! This is really happening, there is no turning back," said Reggie Jr.

He got to work. For the past few months, Reggie Jr. has been punching brick walls at full force to build the bone density in his hands. He understands fighting may not be for everyone, especially the bare-knuckle variety.

"Some people look at it as being barbaric. To be a part of the rawest form of fighting there is and to make history at the same time it’s ... I can’t even explain."

However, he's hoping his fight does more than put on a show.

"It's not about being famous, it's that my name being mentioned and my journey to get to that point will hopefully inspire others to chase what they really like to do," Reggie Jr. said.