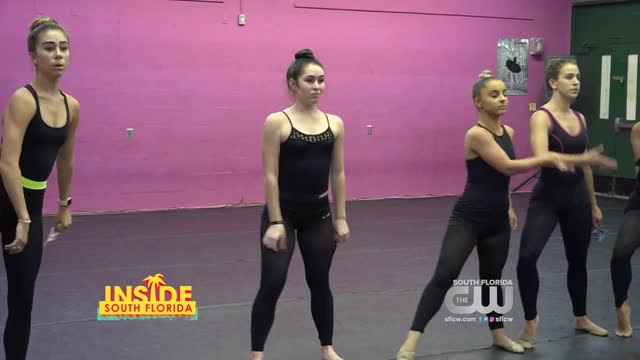 Get on your feet, kick it and celebrate Monica Schmid and her dance impulse class at Miami Killian Sr. High School. They make dancing look easy but it’s hard work.

"Today you are going to be watching a contemporary piece that we will be performing at the school's curriculum expo, which is a very important event where all the feeder patterns from elementary and middle school come to see what Killian is all about," says Mrs. Schmid.

Mrs. Schmid’s students are always a hit at their school, in fact they’re building quite the legacy.

"As the activities director, I'm in charge of putting on pep rallies all year long for the last eight years. Probably the highlight of every prep rally is when those girls step on the floor and dance. Everyone looks forward to it, they're always perfectly rehearsed and they're always on point," says, Mark Barnett, Activities Director.

Mrs. Schmid's kids take their act on the road and they’re dancing their way to statewide and nationwide acclaim.

" We compete regionally and we have one in January here in Miami and we compete nationally in Orlando, we're actually going to dance team union for the first time so, we're very excited. We will be competing against other schools in the state of Florida and also around the U.S," says Schmid.

Although she asks a lot of her students, they truly believe in their leader.

"She really really is supportive of all of us on the dance floor and off the dance floor. She monitors our grades and makes sure we're doing well academically. There's so many things," says student Lindsey Kiskinis.

So give it up for Monica Schmid, she’s making moves and dancing her way to this week’s super teacher.