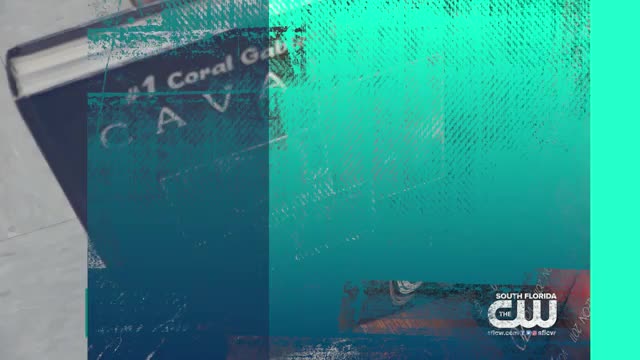 High School is filled with great memories, and the group tasked with immortalizing those memories at Coral Gables Senior High School is Ana Zuniga's yearbook class, and today, they are on deadline.

"We are on final deadline for the yearbook, so they are all scrounging around getting some last minute interviews. The deadline is very important we cannot miss it, because if we miss it, it will affect our ship date. Everything has to be perfect and has to be sent over to copying, so everyone is working on something different," said Zuniga.

"It's a huge recognition for our program. I've been doing this for 15 years now and this is by far the biggest recognition we have received. My rep called me to tell me that at their national conference, our book was actually on their screen, and this was featured in front of people from all over the world, including Canada, so we were super thrilled with that," said Zuniga.

In her 15 years supervising the awards, Mrs. Zuniga's students have won multiple national awards, and they travel. Last year, they went to the National Journalism Convention in Chicago, and in April they are headed to the Florida Scholastic Press Association convention to receive the All-Florida award.

"It's a good opportunity for them to work together, they will learn a lot of practical skills that they can carry into the workplace," said Mrs. Zuniga.

Mrs. Zuniga is not only beloved by her students, but the faculty adores her as well. In fact, she's an integral part of the overall success here at Coral Gables Senior High School.

"I've been in her class for four years, and she's helped me grow over the past four years and develop confidence within myself. She's really transferred her knowledge to me, and now I can transfer that knowledge to other people," said 12th grader Marina Torras.

So give it up for Ana Zuniga of Coral Gables Senior High, she's this week's super teacher, and the recipient of two passes to Universal Orlando Resort.