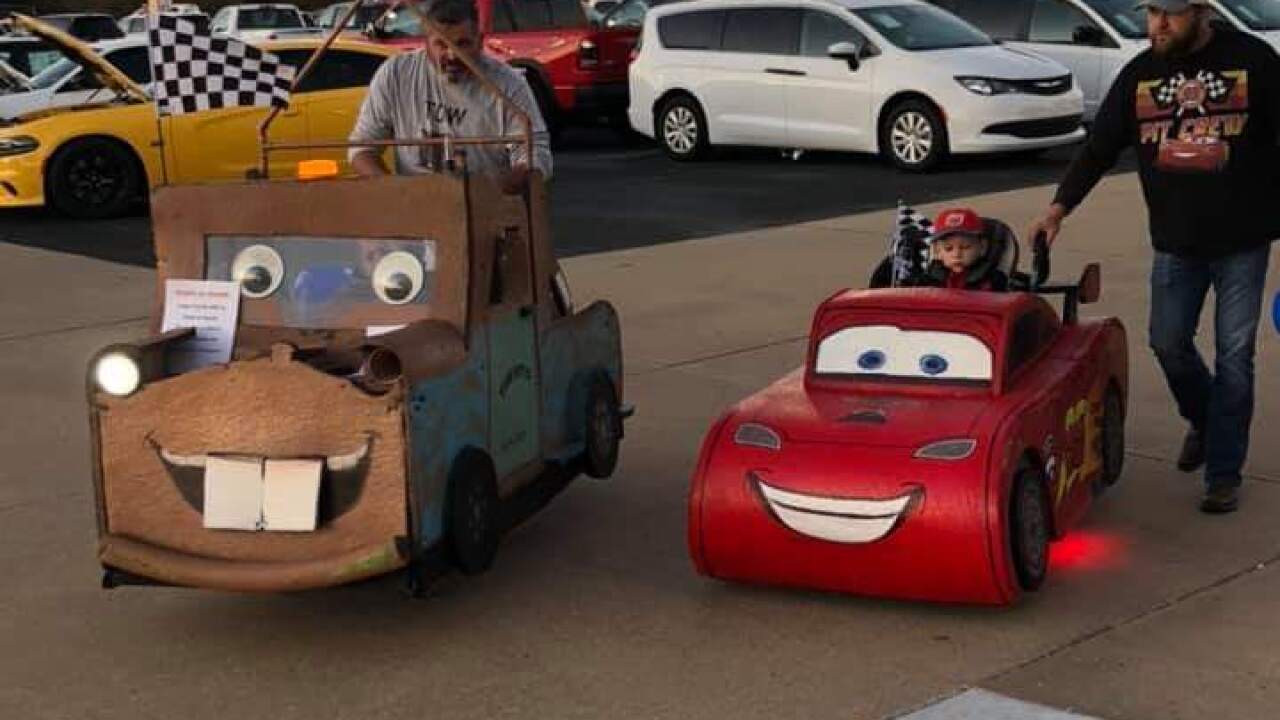 MCALESTER, Okla. — Halloween is a little different for children in wheelchairs, but Brian Kihlstrom has been making it work for his 4-year-old son, Reid.

After trying to dress Reid up for Halloween, Kihlstrom noticed his son's costumes weren't very visible.

"His costumes were mostly covered up by his wheelchair straps," Kihlstrom said. "That's when I decided to start making costumes for Reid."

Kihlstrom makes the costumes to fit over Reid's wheelchair.

"It's all about inclusion. We want to be included in everything, some functions aren't necessarily geared towards handicap kids," Kihlstrom said.

Reid was diagnosed with cerebral palsy when he was 18 months old, but that hasn't stopped him from being his dad's "right-hand man."

"I wouldn't have it another way because he's my best friend," Kihlstrom said.

This year, Kihlstrom designed a Lightning McQueen costume for Reid.

"This is the first year where we know he's excited about it, he loves the movie 'Cars'," Kihlstrom said.

Also a first this year, Reid has a partner: 6-year-old Harlin Johnson and his dad Frankie Johnson.

Harlin was diagnosed with a rare genetic condition called FITM2. It affects Harlin's muscles and his ability to retain any fat on his body. Though he's in a wheelchair, Harlin and his dad still love to participate in activities together.

"We've always had fun, I love to see his smile, but to me, it seems it's a little bit bigger this year," Johnson said.

Harlin's wheelchair is dressed-up as Mater the 'Cars' series.

"I was really happy and honored he asked me to be a part of this," Johnson said. "It's our responsibility as parents to give them every opportunity available whether they are special needs or not."

Johnson says his son is already having more fun this Halloween.

The costumes the dads built took only about 40 hours each to make this year. The boys have competed in two costume contests have won first place in both. The dads also said they have already drawn up plans for next year.

This story was originally published by Dane Hawkins on KJRH in Tulsa, Oklahoma.