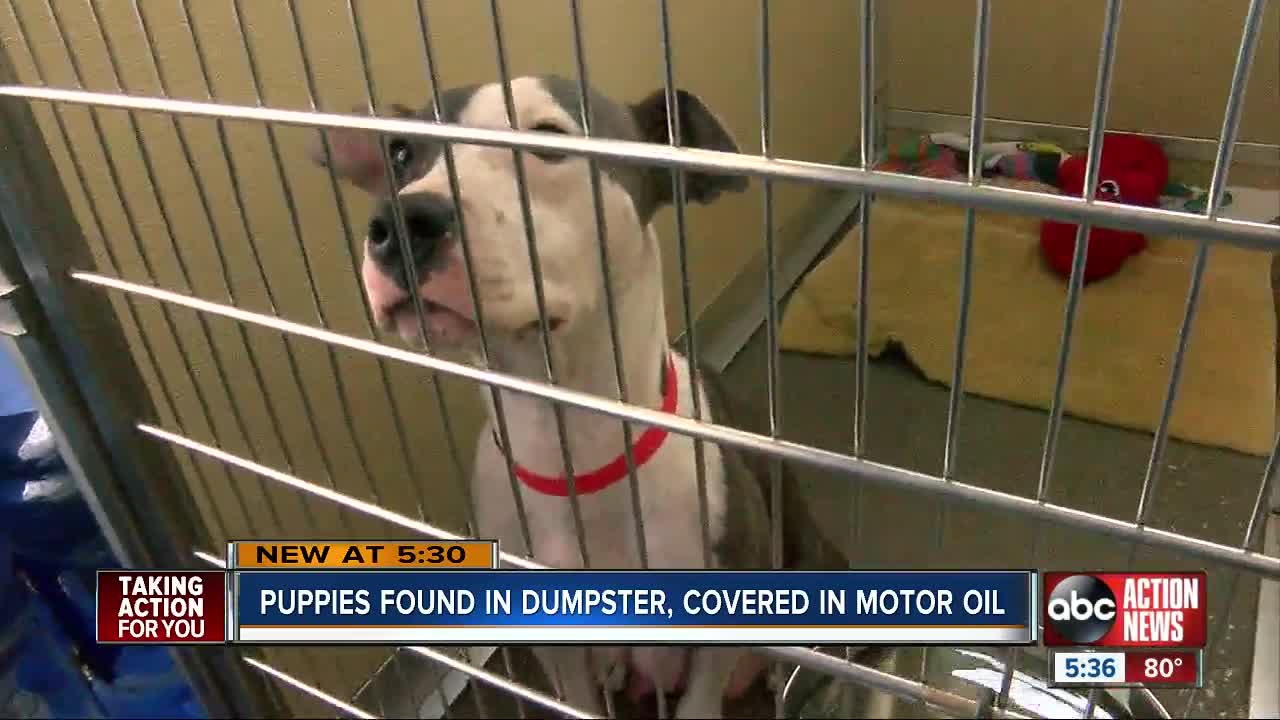 Two helpless puppies that were found in a Zephyrhills dumpster, covered in motor oil are now home with loving new families. ZEPHYRHILLS, Fla. — Two puppies that were found in a dumpster covered in motor oil are now home with loving new families.

"Someone found them at their work. She was just dumping her trash in the dumpster, and she heard crying," said Maria Matlack, the Humane Society of Tampa Bay's Marketing Manager.

Matlack says the woman looked closer and found the puppies covered in motor oil. She rescued them and brought them to the Humane Society of Tampa Bay.

Employees with the Humane Society later found that one of the puppies, who they named Zoey, had been shot with a pellet gun in the head.

"There was a B.B. gun pellet lodged into her lower right jaw," said Matlack.

Sherry Barrington was upset when she heard about Zoey and Zena.

"Breaks my heart, makes me sick, makes me mad, makes me angry," she said.

Loving families have since adopted both puppies.

Investigators are hoping to track down the person responsible for putting the dogs in the dumpster.

This story was originally published by Wendi Lane on WFTS in Tampa, Florida.