A spontaneous round of applause welcomed American firefighters to the Sydney International Airport this week. 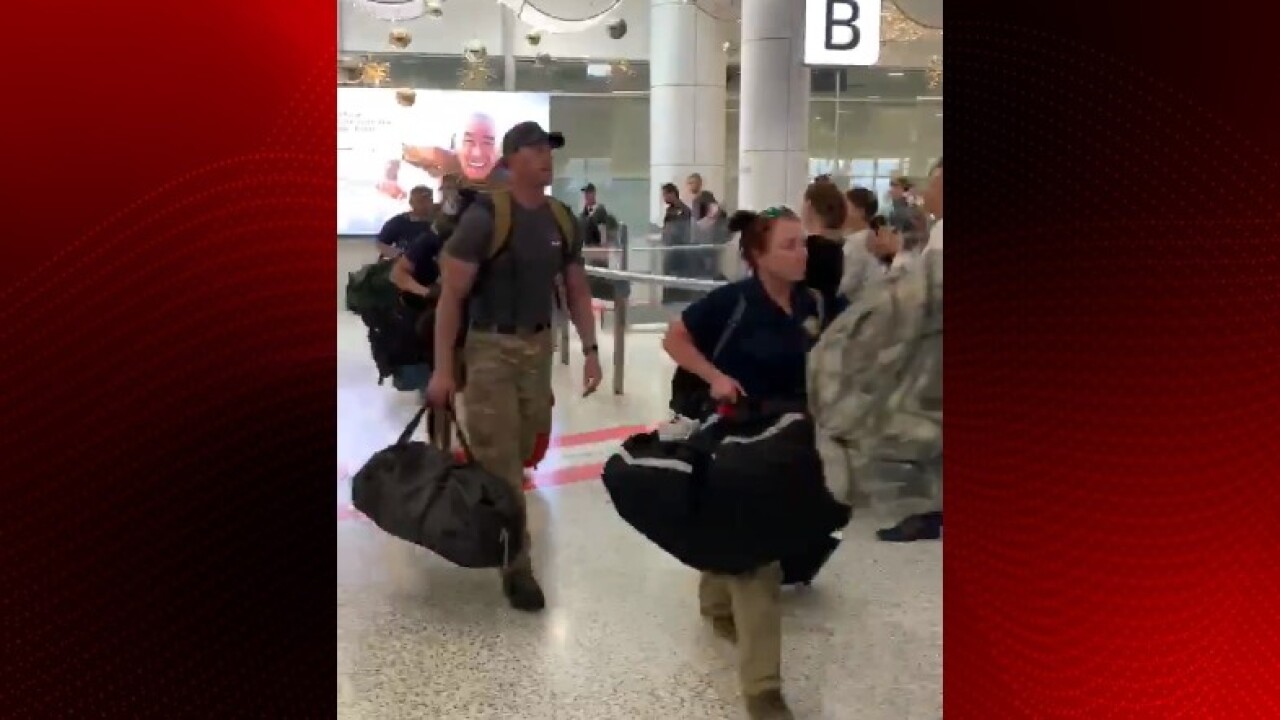 A spontaneous round of applause welcomed American firefighters to the Sydney International Airport this week.

The crews arrived in Australia to assist volunteer firefighting teams in the state of Victoria, where fires have continued to devastate the area.

Video of their arrival and the applause was shared to Twitter by Shane Fitzsimmons, commissioner of the New South Wales Rural Fire Service.

Fitzsimmons says in his post that, "all gathered gave a spontaneous & lengthy round of applause, reflecting the gratitude & admiration we all have for their generosity."

The Country Fire Authority of Victoria says that more than 1,000 firefighters are continuing their work to contain the 23 fires that have burned over 1.2 million hectares there.

In the neighboring state of New South Wales, the Fire Service says that 132 fires are still burning and that 55 are still not contained.

According to estimates made by scientists and wildlife experts, the fires have killed more than a billion animals in Australia.

This story was originally published on KATC.