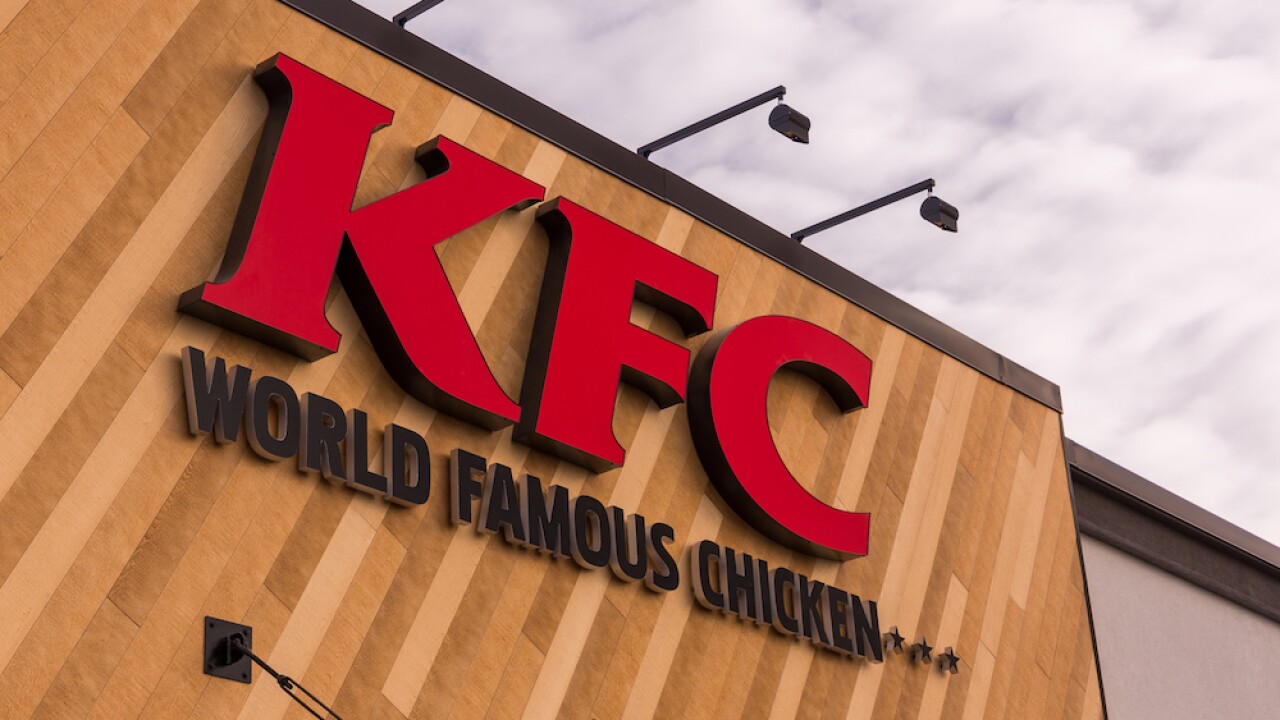 KFC's newest menu item may include the Colonel's secret herbs and spices, but it's missing one key ingredient — chicken.

According to Vox, KFC's "Beyond Fried Chicken" went on sale Monday at stores in Charlotte and Nashville. The nuggets made their debut last summer in Atlanta.

According to KFC's website, "Beyond Fried Chicken" is an exclusive recipe developed by Beyond Meat. The chicken substitute is made with "soy, wheat and pea proteins."

While Beyond Chicken is completely meatless, KFC says the nuggets are not vegan or vegetarian because they are cooked in the same fryers in which they prepare their traditional fried chicken.

"Beyond Fried Chicken" will be available at KFC locations in Charlotte and Nashville through Feb. 23, or while supplies last.

The nuggets are just the latest push by fast-food restaurants to add plant-based, meatless imitations of popular items to their menu.

Sales at Burger King surged after the company introduced the Impossible Whopper, made from a plant-based "beef" patty made by Impossible Foods — Beyond Meat's top competitor. Impossible has also developed plant-based meat for Qdoba, while Beyond has developed imitation meat for Denny's.