Black History Month: Reflecting on the stories of ancestors

Black History Month: Reflecting on the stories of ancestors 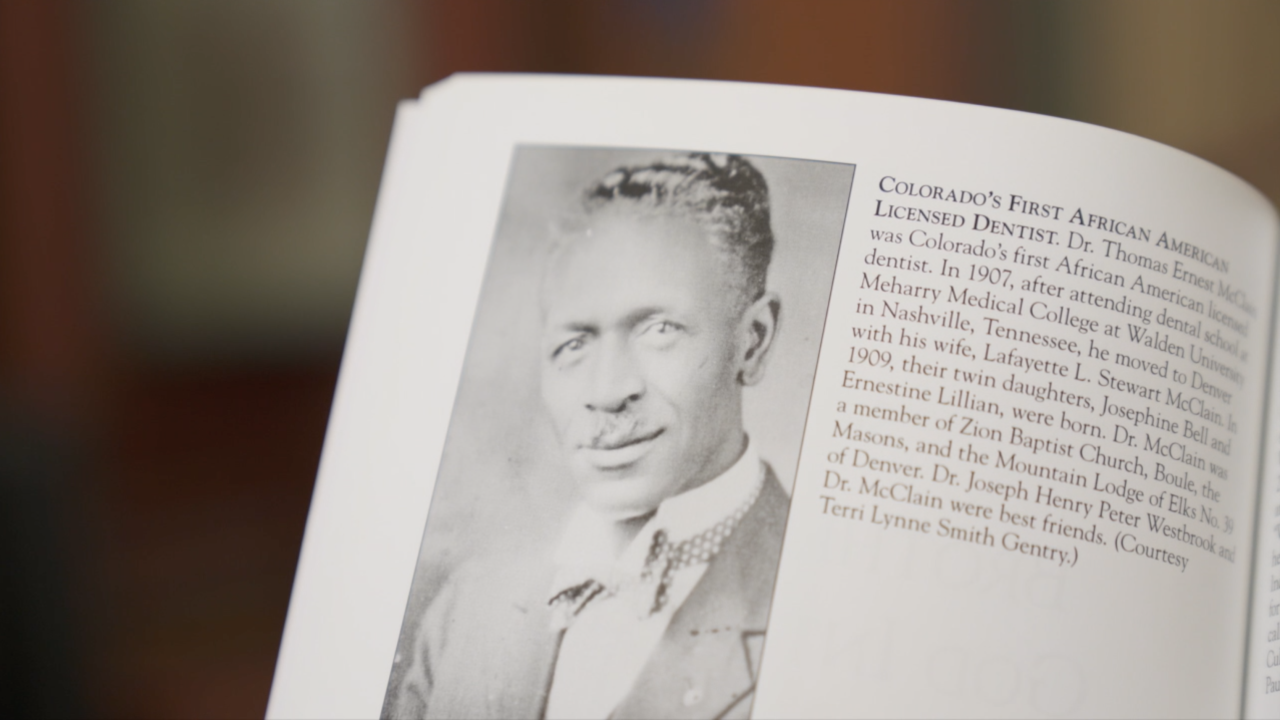 DENVER, Colo. – Terri Gentry is a civil rights activist and volunteer at the Black American West Museum in Denver, Colorado.

Her family lives on the walls of the museum, showcasing stories that will never be forgotten.

“Coming in here for me is visiting my ancestors,” Gentry said.

Confronting issues with the Ku Klux Klan and other incidents of racial discrimination, Gentry's great grandfather had many challenges, a lot to overcome in the early 1900s. However, he found a community that stood together and found the strength to rise up. Now they serve as an inspiration for Gentry and others who reflect on the past during Black History Month.

“We get a lot of activity and action and response to Black History Month and then the interest wanes,” said Gentry. “But we’re here 365 days a year, so we hope that Black History Month gives highlight to us, but then it continues to create action for people to do things year-round.”

Gentry says Black History Month was created to show how African Americans have helped to shape the United States, especially since their accomplishments haven’t always been recognized in mainstream education.

“I remember being in school and there was one sentence about our experiences. And it said, ‘negroes were slaves,’" Gentry said.

Black History Month is a time when we can reflect on the resistance to slavery and the impactful human beings who have fought for civil rights, like Martin Luther King Jr., Malcolm X and Rosa Parks. There are so many well-known people who helped progress equality in the U.S. But for Gentry, the most influential person in her life wasn’t somebody famous.

Ernestine McClain Smith was the daughter of the dentist, and Gentry's grandmother. She was a dancer and performer, but more importantly, she was an advocate for civil and human rights.

“My hope is that I continue her legacy. She impacted thousands of lives in our community,” Gentry said.

Ernestine Smith always knew the importance of sharing stories from those in the past.

“We’d walk into her bedroom when I was little, and she had this ancestral wall,” said Gentry. “So all of the pictures of her parents, her grandparents, her great grandparents were on this wall and she would talk to us about their stories and their history.”

Those stories – and the stories millions of other African Americans hold dear—are what Gentry believes will help people from different backgrounds to connect.

“I think that what Black History Month does is it opens the door for people to get another perspective.”

When we understand each other’s perspectives, we often come to realize we’re not all that different in the end.

“We’ve got to change our mindset and change our attitude and get rid of this issue about entitlement and get rid of this issue about ‘I’m better than you,’" Gentry said. "That’s killing us. That’s killing the country. We’ve got to change that idea and start embracing everyone… each and every individual that is here, that comes here, that’s been here. It’s time for a change.”