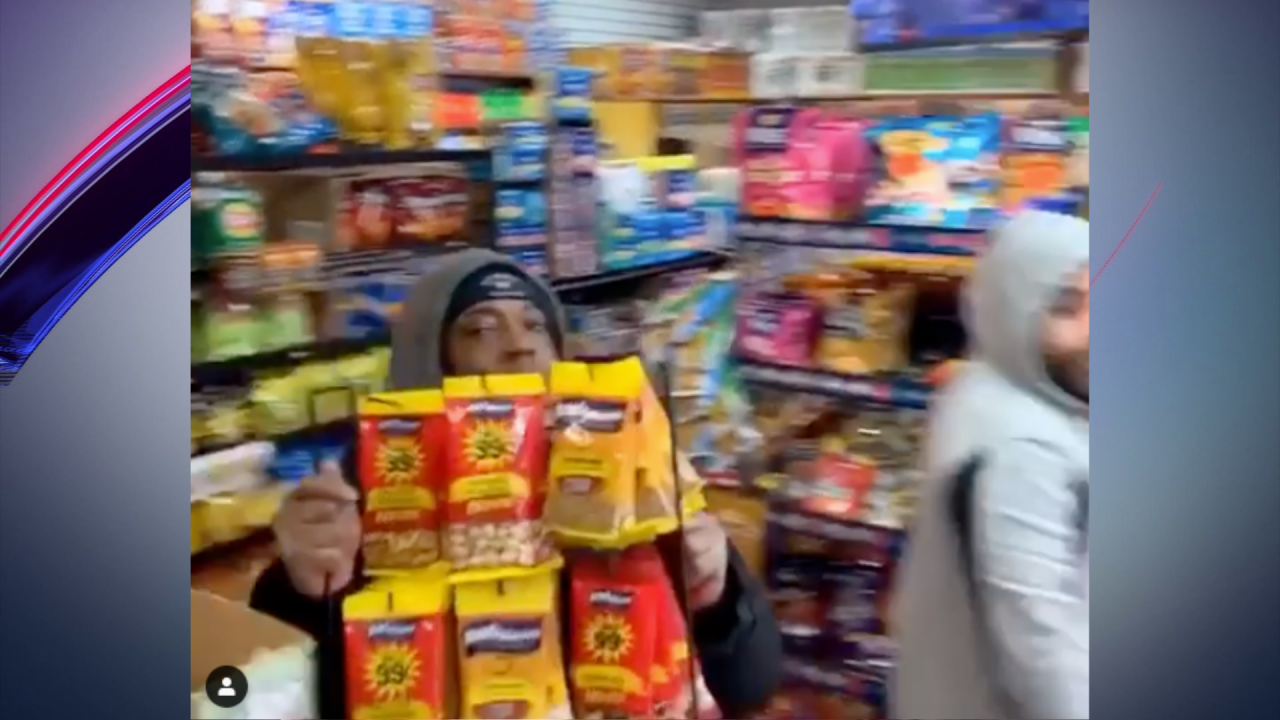 Viral videos show customers grabbing all the store's lottery tickets, cash from the register, racks full of snacks and the bodega worker's phone.

Ahmad Alwan said he started posting the math problem videos for "the entertainment and happiness in people's faces."

The money for it comes from his pocket.

His dad owns the bodega at Southern Boulevard and Freeman Street.

On a Friday, one lucky customer got 10 seconds to grab whatever he wanted, but Alwan said the question was tricky.

It didn't worry the customer.

He jumped right over the counter and grabbed cash from the register after getting the answer to the question.

This article was written by Aliza Chasan for WPIX .