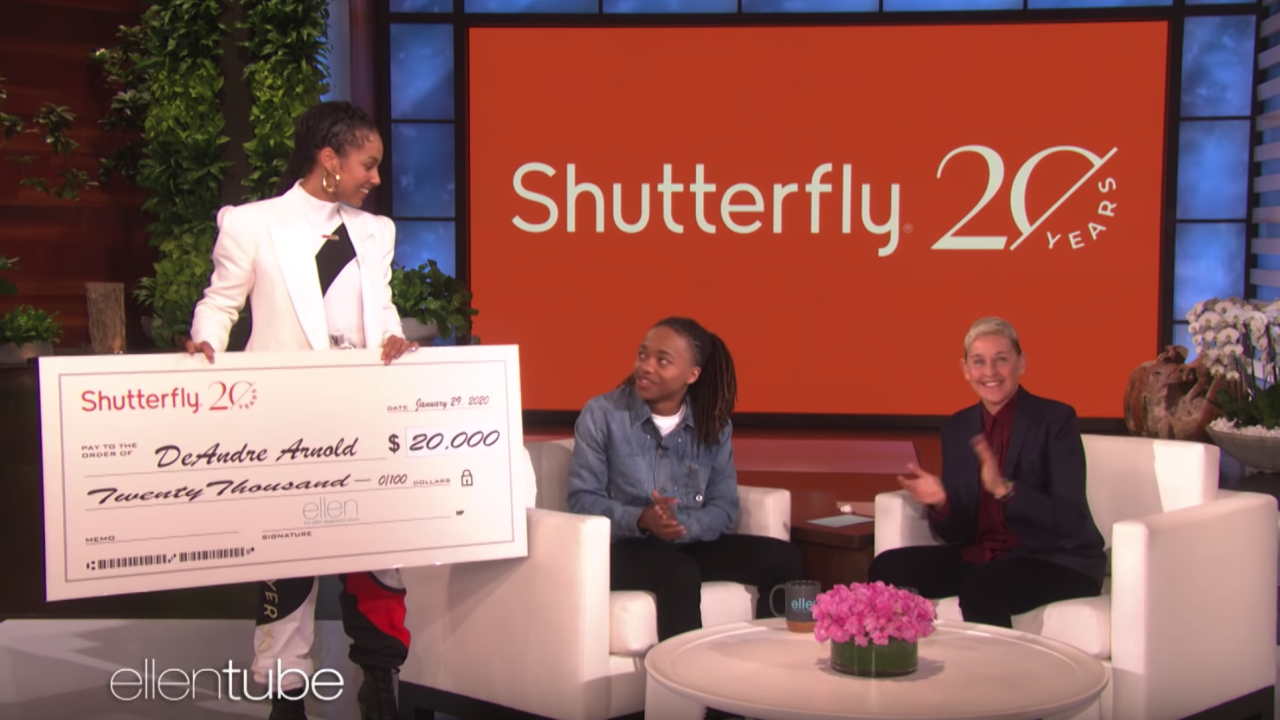 LOS ANGELES, Calif. – A black Texas teenager who was told his dreadlocks violate his high school's dress code is gaining the support of some celebrities as well as $20,000 for college.

DeAndre Arnold, 18, appeared on an episode of “The Ellen Show” that aired Wednesday.

On the show, host Ellen DeGeneres and singer Alicia Keys presented the teen with a check to go toward his college tuition.

Arnold says he was barred from Barbers Hill High School because the school said he's violating its dress code.

The school says it allows dreadlocks but that it has rules about the length of male students' hair.