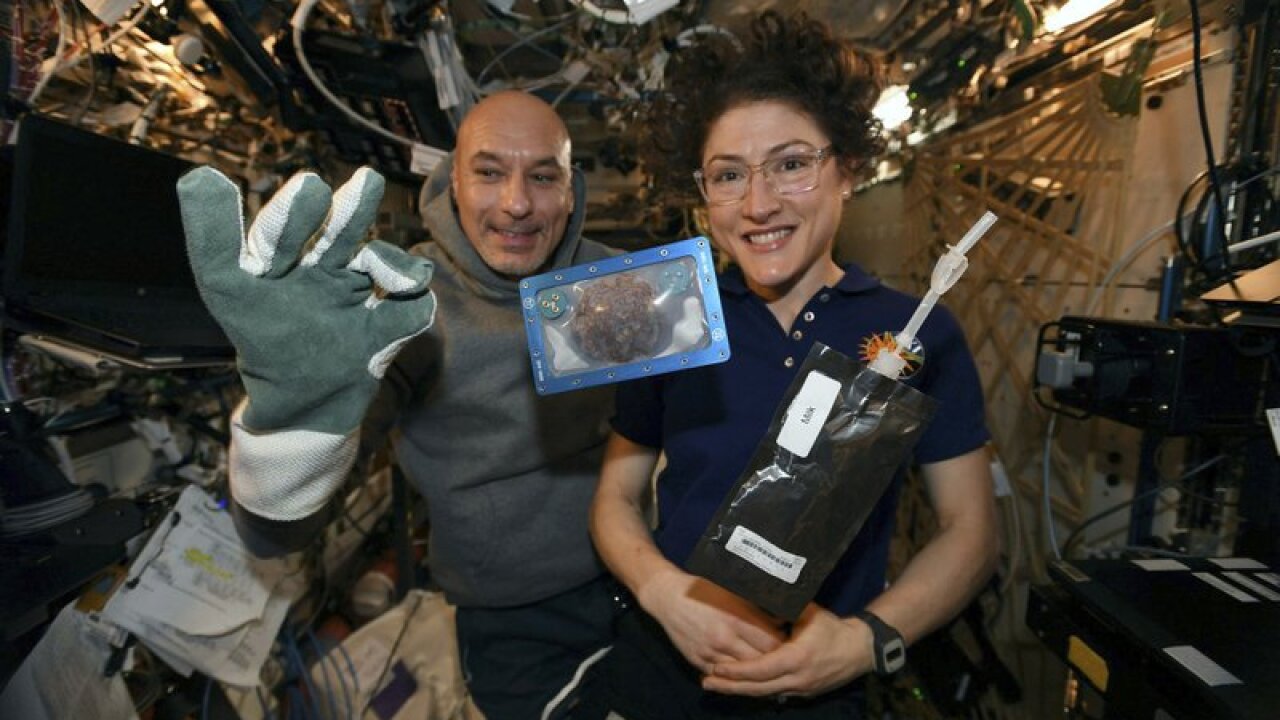 The results are finally in for the first chocolate chip cookie bake-off in space.

While looking more or less normal, the best cookies required two hours of baking time last month up at the International Space Station. It takes far less time on Earth, under 20 minutes.

And how do they taste? No one knows.

Still sealed in individual baking pouches and packed in their spaceflight container, the cookies remain frozen in a Houston-area lab after splashing down two weeks ago in a SpaceX capsule. They were the first food baked in space from raw ingredients.

The makers of the oven expected a difference in baking time in space, but not that big.

“There’s still a lot to look into to figure out really what’s driving that difference, but definitely a cool result,” Mary Murphy, a manager for Texas-based Nanoracks, said this week. “Overall, I think it’s a pretty awesome first experiment.”

Located near NASA’s Johnson Space Center, Nanoracks designed and built the small electric test oven that was launched to the space station last November. Five frozen raw cookies were already up there.

Italian astronaut Luca Parmitano was the master baker in December, radioing down a description as he baked them one by one in the prototype Zero G Oven.

The first cookie — in the oven for 25 minutes at 300 degrees Fahrenheit (149 degrees Celsius) — ended up seriously under-baked. He more than doubled the baking time for the next two, and the results were still so-so.

The fourth cookie stayed in the oven for two hours, and finally success.

“So this time, I do see some browning,” Parmitano radioed. “I can’t tell you whether it’s cooked all the way or not, but it certainly doesn’t look like cookie dough any more.”

Parmitano cranked the oven up to its maximum 325 degrees F (163 degrees C) for the fifth cookie and baked it for 130 minutes. He reported more success.

Additional testing is required to determine whether the three returned cookies are safe to eat.

As for aroma, the astronauts could smell the cookies when they removed them from the oven, except for the first.

That’s the beauty of baking in space, according to former NASA astronaut Mike Massimino. He now teaches at Columbia University and is a paid spokesman for DoubleTree by Hilton. The hotel chain provided the cookie dough, the same kind used for cookies offered to hotel guests. It’s offering one of the space-baked cookies to the Smithsonian Institution’s National Air and Space Museum for display.

“The reminder of home, the connection with home, I think, can’t be overstated,” Massimino said. “From my personal experience ... food is pretty important for not just nutrition but also for morale in keeping people connected to their home and their Earth.”

Eating something other than dehydrated or prepackaged food will be particularly important as astronauts head back to the moon and on to Mars.

Nanoracks and Zero G Kitchen, a New York City startup that collaborated with the experiment, are considering more experiments for the orbiting oven and possibly more space appliances. What’s in orbit now are essentially food warmers.

There’s an added bonus of having freshly baked cookies in space.

“We made space cookies and milk for Santa this year,” NASA astronaut Christina Koch tweeted.

The Associated Press Health and Science Department receives support from the Howard Hughes Medical Institute’s Department of Science Education. The AP is solely responsible for all content.