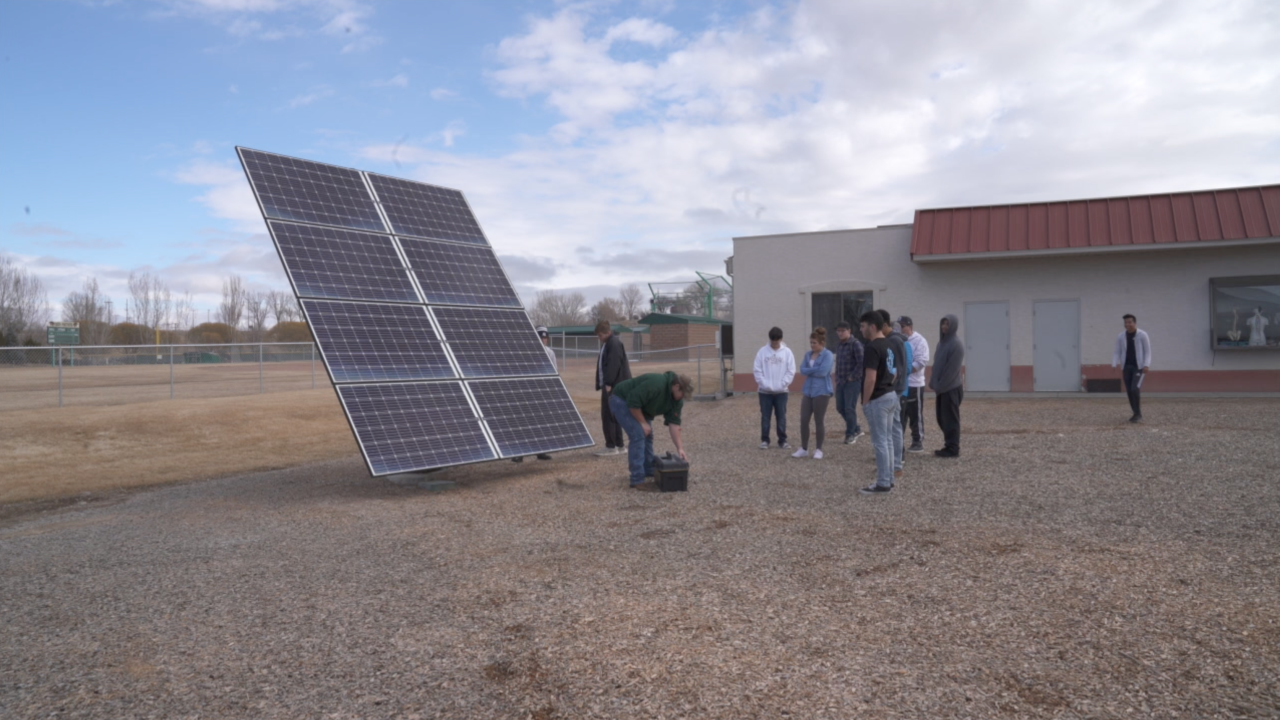 DELTA, Colo. – On the Western Slope of Colorado – like many other communities across the country – sits a county where coal mining has employed thousands of people for the past century. However, in the past decade, multiple mines have shut down.

“A lot of times they have to take this coal and rail it out on trains and get it to wherever it’s going. Somehow that’s not as economical as it used to be,” said Pena.

The loss of employment and training opportunities hit the community hard. Science teacher Ben Graves says coal mines were the primary trade pathway for students in the area for generations.

When the mines shut down, many families packed their bags to find opportunity elsewhere, but others are embracing the change.

“There’s definitely a national trend in wanting to engage students in more project-based learning that’s authentic," Graves said. "That’s not just ‘hey let’s do a project for the sake of learning a concept’, but ‘let’s actually address a problem in our community or school.'”

As the coal industry continues to decline, renewable energy is rapidly growing.

“It’s an emerging industry right now and it’s going to continue to be more and more prevalent,” Pena said.

Students now have the chance to play a role in a different type of energy production; students at Delta High School are part of a Solar Energy Training Program led by Graves. In addition to teaching students about general renewable energy work, they’re learning how to install, design and maintain solar arrays through hands-on experience. And at the end of the class, they get a vocational certificate as a solar electric installer.

“Everybody knows math and English, but this is a trade skill that we are one step further knowing than most people,” said Delta High School Senior Hannah Philman.

Philman and her classmate Xavier Baty both have family that have worked in the coal mines. Even though his grandfather died from a lung disease caused by long-term exposure to coal dust, Xavier says he thought he wanted to continue his family’s coal-mining legacy. But then he was forced to try the solar program.

“Even though I didn’t want to be in it, I love the fact that I’m still in it because it teaches me about things I would have never known about. I would have probably gone off to the mines and ended up like my grandpa,” Baty said.

Now, Baty says he could see himself working in the renewable energy sector. Both he and Philman say they love the collaborative nature of the solar program and the hands-on work outside.

Graves is now designing a program that other schools across the nation can use. As the renewable energy industry grows, the goal is to provide a workforce ready to support it.

“As economies change, rather than being reactive, it’s more it’s being proactive. I think it’s something that a lot of people hope to do, and I’m hoping we’re being proactive in the right way,” Graves said.

To learn more about the Solar Energy Training Program, you can find Ben Graves on social media @MrGravesScience