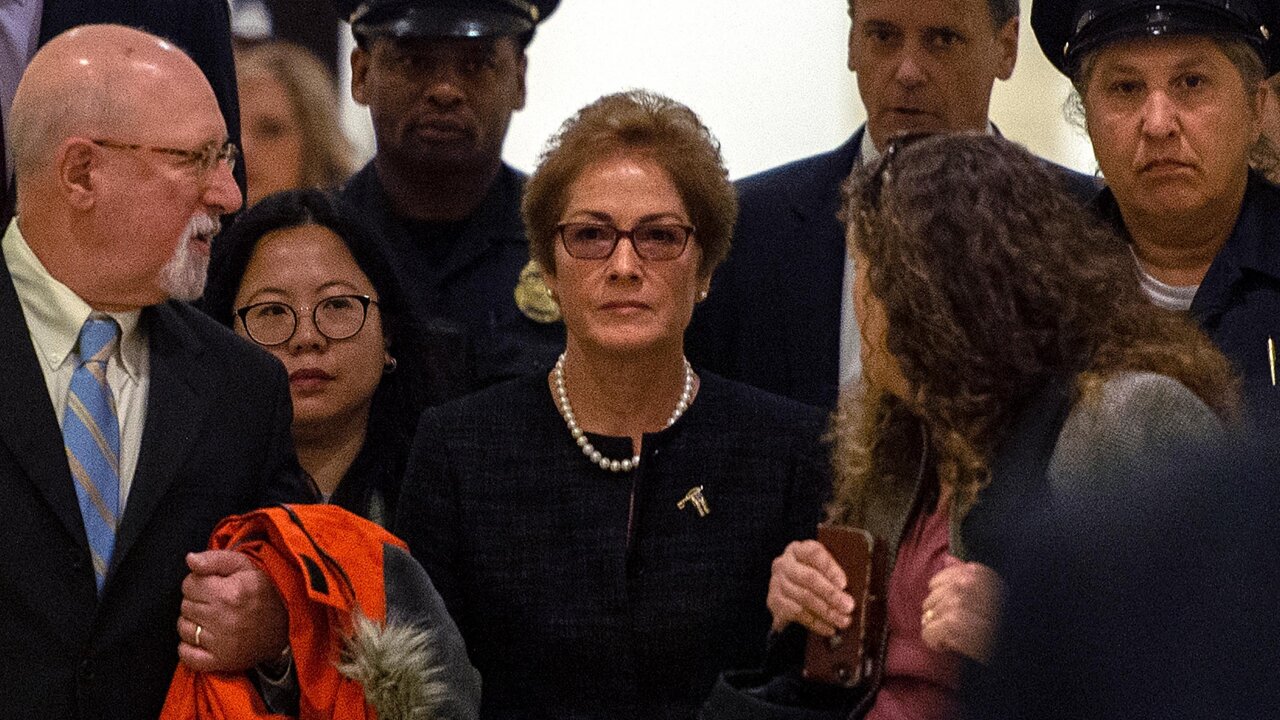 Former US Ambassador to Ukraine Marie Yovanovitch told House lawmakers last month that the State Department leaders did not speak up for her because they had concerns that President Donald Trump would undermine it, possibly using Twitter.

"What I was told is that there was concern that the rug would be pulled out from underneath the State Department if they put out something publicly," Yovanovitch said according to a transcript of a closed-door interview released publicly Monday. "You know, that perhaps there would be a tweet of disagreement or something else."

The committees leading the House impeachment inquiry on Monday made public the closed-door deposition transcripts of Yovanovitch and former State Department adviser Michael McKinley, a step they're taking as they prepare to move toward holding public hearings later this month.

The transcripts from Yovanovitch and McKinley are the first that have been released, and House Intelligence Chairman Adam Schiff, a California Democrat, said more would be coming this week, including former special envoy for Ukraine Kurt Volker and US Ambassador to the European Union Gordon Sondland on Tuesday.

Yovanovitch, whose ouster earlier this year has emerged as a key flashpoint in the impeachment inquiry, testified in private before House investigators on October 11. A career foreign service officer, Yovanovitch said she was removed from her diplomatic post because of pressure from President Donald Trump and his allies, including his personal attorney Rudy Giuliani.

According to the transcript, Yovanovitch said she was "shocked" and "apprehensive" when she learned that Trump privately told Ukrainian President Volodymyr Zelensky that she was "going to go through some things."

Despite platitudes from colleagues, who describe Yovanovitch as a devoted public servant, Giuliani spread allegations that she was an anti-Trump partisan who should be removed. She testified that she was informed that Trump personally requested that she be recalled back to the US, CNN previously reported.

McKinley, a senior adviser to Secretary of State Mike Pompeo who resigned amid the Ukraine controversy, testified behind closed doors on October 16. He raised concerns about Yovanovitch's removal, which was pushed by Giuliani and has become a central part of the inquiry.