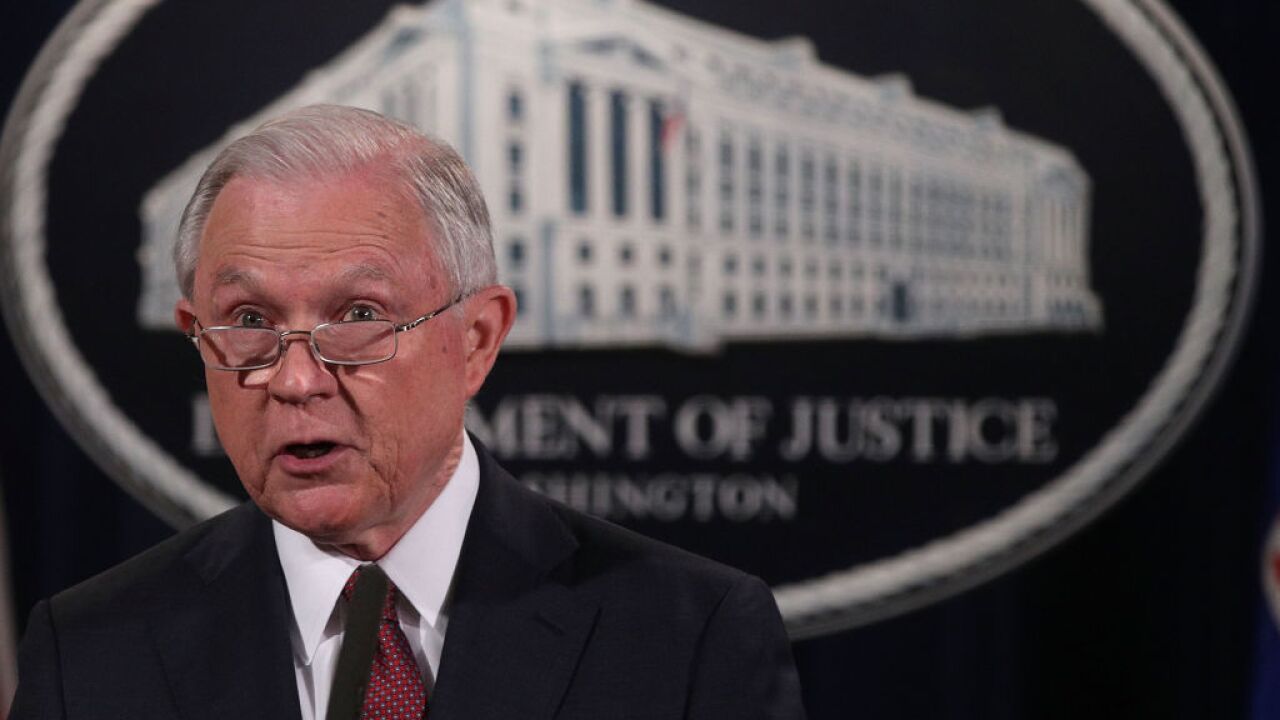 Former Attorney General Jeff Sessions will announce Thursday a campaign for his old US Senate seat from Alabama, according to a GOP official familiar with the plan, a decision that could roil the Republican primary and provide the ultimate test of President Donald Trump's sway over his supporters.

"He wants to return to the Senate," the Republican official told CNN, speaking on condition of anonymity.

Sessions, a conservative budget hawk and immigration hardliner, held the seat for 20 years before Trump nominated him to lead the Justice Department in 2017. But Sessions' relationship with Trump splintered after he recused himself from the department's investigation of Russian interference in the 2016 election. After spending months publicly criticizing his attorney general, Trump fired Sessions almost exactly one year ago.

Sessions reached his decision over the last several days and is building his campaign team, including hiring Curt Anderson as a political consultant, according to a source familiar with the move. The announcement will come one day before Alabama's filing deadline — and two days before Trump heads to Tuscaloosa for the University of Alabama-Louisiana State University football game.

The race is Republicans' best opportunity to add to their 53-person majority in the Senate. In 2017, Democrat Doug Jones, a US attorney, beat former Chief Justice Roy Moore , who faced allegations that he sexual assaulted teenage girls in his 30s -- charges Moore vehemently denied. Moore also was twice removed from the bench, for refusing a federal order to remove a Ten Commandment monument from the Alabama Supreme Court building and for ordering judges to not heed the Supreme Court's ruling on same-sex marriage.

While Moore is running again for Senate, Republican political strategists are confident that the party will nominate another candidate and beat Jones in 2020. The Senate Republican campaign arm has taken an-anyone-but-Roy-Moore approach.

"I expect that Republicans in Alabama will sort out" the primary, Sen. Todd Young, the National Republican Senatorial Campaign committee chair, told CNN on Wednesday. "I have great confidence and faith in them."

But Sessions' entrance to the race would upend it. For years, Sessions was beloved by Republicans in Alabama. He was a fierce opponent of the Senate's 2013 comprehensive immigration reform bill that granted a pathway to citizenship for immigrants who illegally came to the country. A year later, he ran unopposed for reelection and won with 97% of the vote.

In recent weeks, he's reached out to Alabama Republicans in Congress, including Sen. Richard Shelby, Rep. Mo Brooks and Byrne. Shelby has said he'd endorse his friend Sessions if he ran and called him a "formidable candidate" who "should win."

The President has expressed interest in the race, asking Alabama congressmen at a fundraiser last week who they thought would win.

Byrne, who may now clash with Sessions for the same voters in their shared hometown of Mobile, has told reporters that he would not leave the race with Sessions in it.

"I think it would be very damaging for Mr. Sessions to get in the race because the President is going to come out against him so hard," Byrne said.

During the 2016 presidential campaign, Sessions became the first senator to endorse Trump. But their bond broke when Sessions recused himself from the FBI investigation of Russian interference in the 2016 election, citing his role on behalf of the Trump campaign.

Sessions' argument did not sway the President, who repeatedly criticized him for the probe that special counsel Robert Mueller took over after Trump fired FBI director James Comey.

According to the Mueller report. Trump said that Sessions had "let (him) down" and told him that he should resign. Sessions gave Trump a resignation letter the next day. The President held onto the letter but did not accept it.

The Trump-Sessions relationship did not improve in the coming months. In July 2017, Trump castigated Sessions on Twitter for being "VERY weak" on investigating his former political rival Hillary Clinton.

"In light of the President's frequent public attacks, Sessions prepared another resignation letter and for the rest of the year carried it with him in his pocket every time he went to the White House," according to the Mueller report, which cited Jody Hunt, Sessions' chief of staff.

In November 2018, Trump fired Sessions and wished him well. But he continued to criticize him. A month later, he tweeted, "Jeff Sessions should be ashamed of himself for allowing this total HOAX to get started in the first place!"