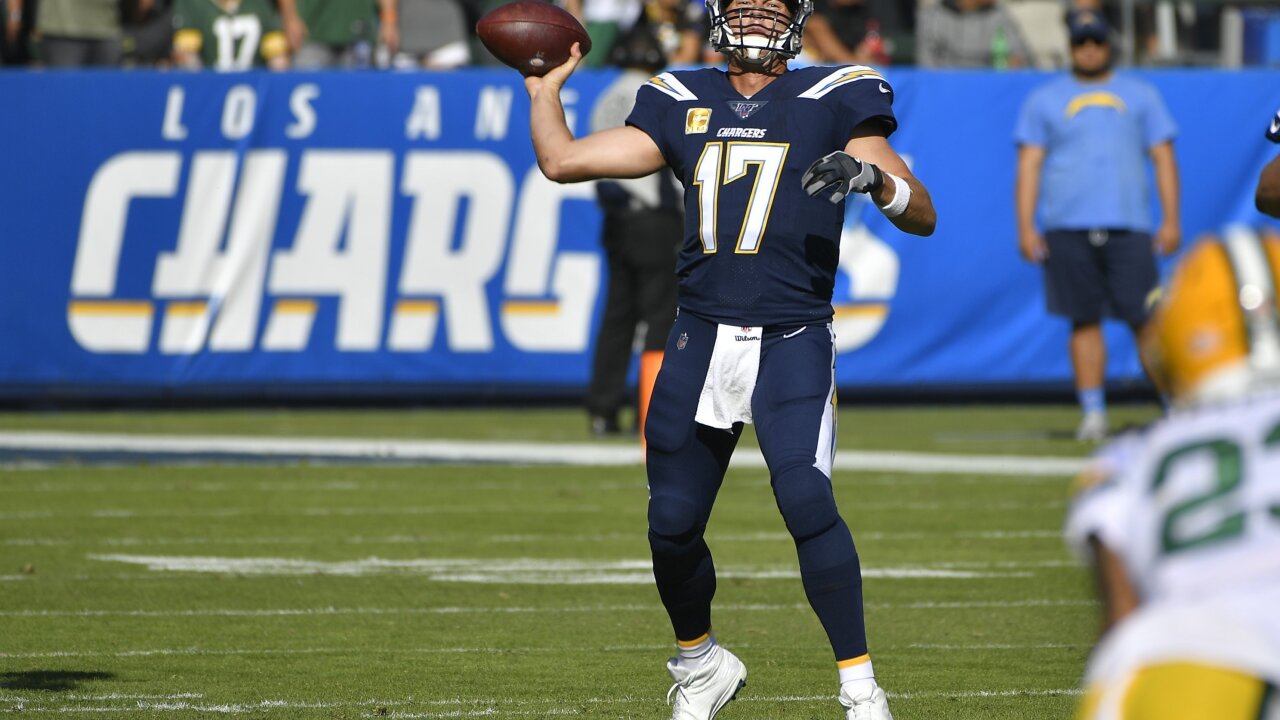 The Chargers moved to Los Angeles from San Diego before the 2017 NFL season.

Now their owner reportedly is dismissing a story on The Athletic that says they might be on the move again -- to London.

Dean Spanos told a Los Angeles Times reporter the report is "a lot of crap."

"We're playing in LA. This is our home, and this where we're planning to be for a long (expletive) time. Period. OK? If you want me to say it again, I'll say it again. (expletive) (expletive) that story. OK? Thank you," the LA Times reporter tweeted Spanos as saying.

The team on its social media accounts included a video showing Leonardo DiCaprio's character in "The Wolf of Wall Street" telling a room full of brokers that "I'm not leaving. I'm not leaving."

He adds after some profanity, "The show goes on."

The Athletic reported "through NFL sources that the possibility of the Chargers moving to London has been broached among league personnel.

"The Athletic also has learned that, while the team is fully committed to Los Angeles where it will move into the new $4.5 billion stadium with the Rams next year, the Chargers would at least listen if the NFL approached them about London as a possible option."

The story says NFL owners would support a move to London if the Chargers, the less popular of the two NFL teams in the city, want to relocate.

The report included a quote from Spanos, who says the team is committed to Los Angeles.