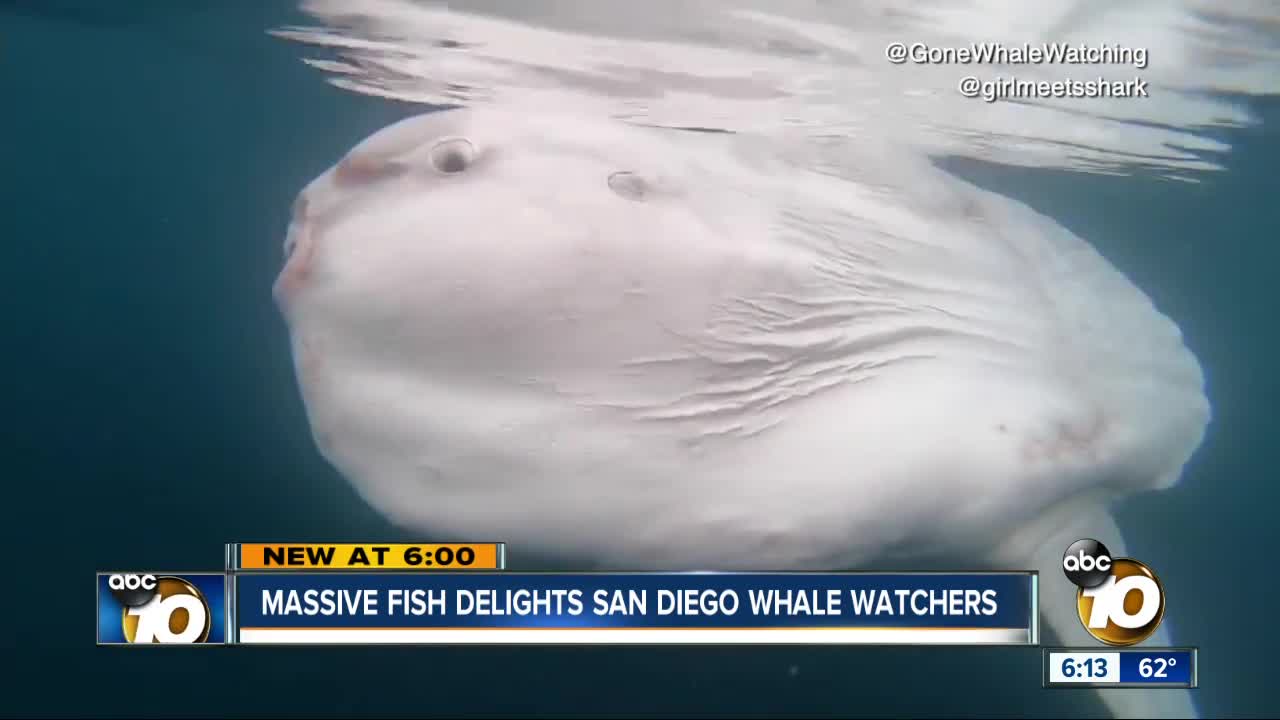 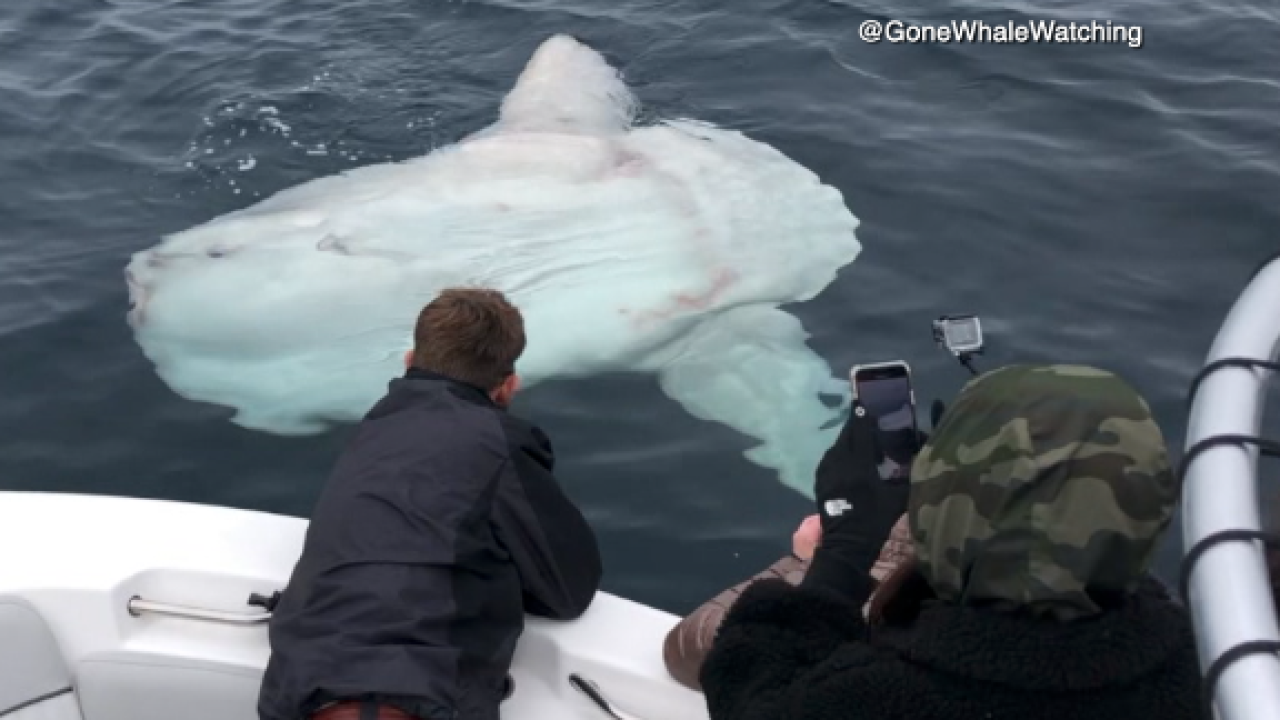 The fish is a unique sight, appearing to look like a giant fish head with fins. It's also known as the sunfish.

Domenic Biagini, owner and captain of Gone Whale Watching San Diego, says they specialize in giving people once in a lifetime encounters.

"Whenever I give my opening spiel, I tell them I'll show them anything that moves," said Biagini.

On this trip, the massive Mola mola stole the show.

Biagini says while mola is common here, they're usually 2 to 3 feet long in our waters. He believes the one they spotted was 7 to 8 feet.

"When we came across this specific one, we were kind of blown away by the sheer magnitude of it," said Biagini.

Biagini happened to have divers on his boat that day, who told him mola is one of the prized fish to swim with.

"Because I had a boat full of freedivers and scuba divers, it was like we hit the lottery, it was my equivalent of finding killer whales, apparently!"

A lot is unknown about the fish, but the females can release 300 million eggs.

And while usually spotted drifting in the water and basking in the sun, researchers recently discovered they're actually strong swimmers.

This article was written by Amanda Brandeis for KGTV .