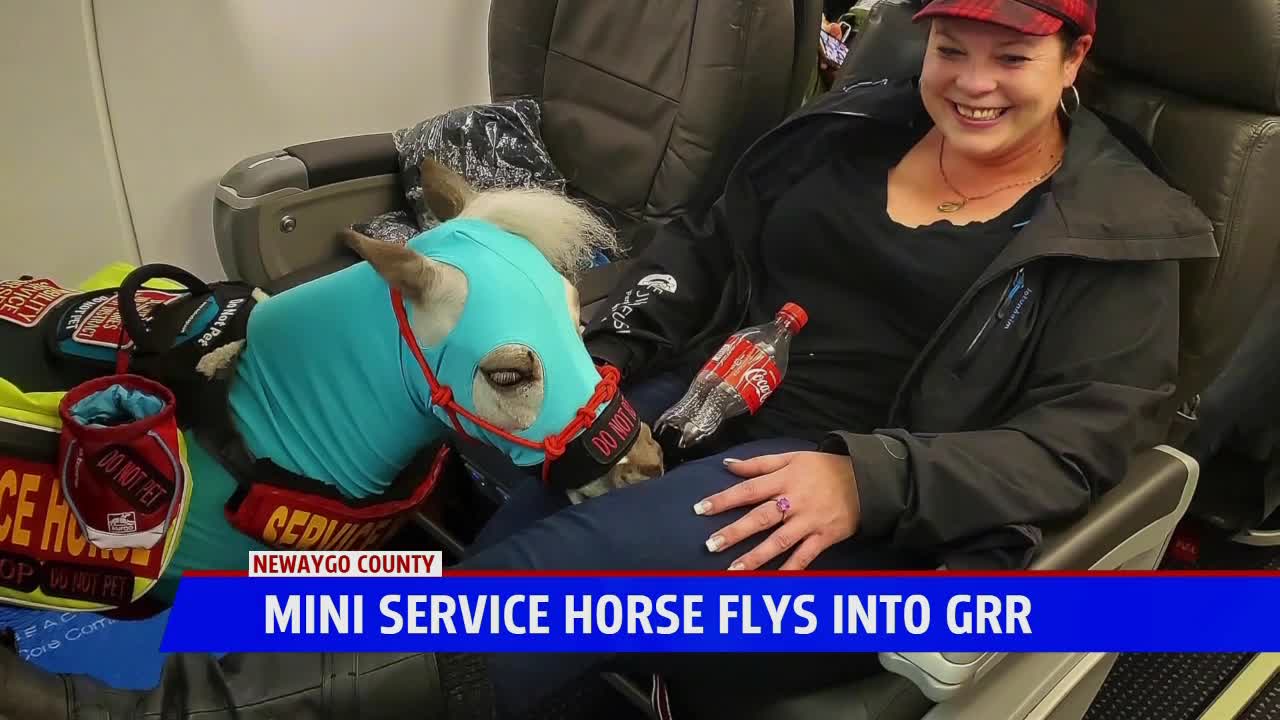 It’s not every day you see a horse on a plane, let alone in first class but Fred the Mini Service Horse went wheels up with a purpose. 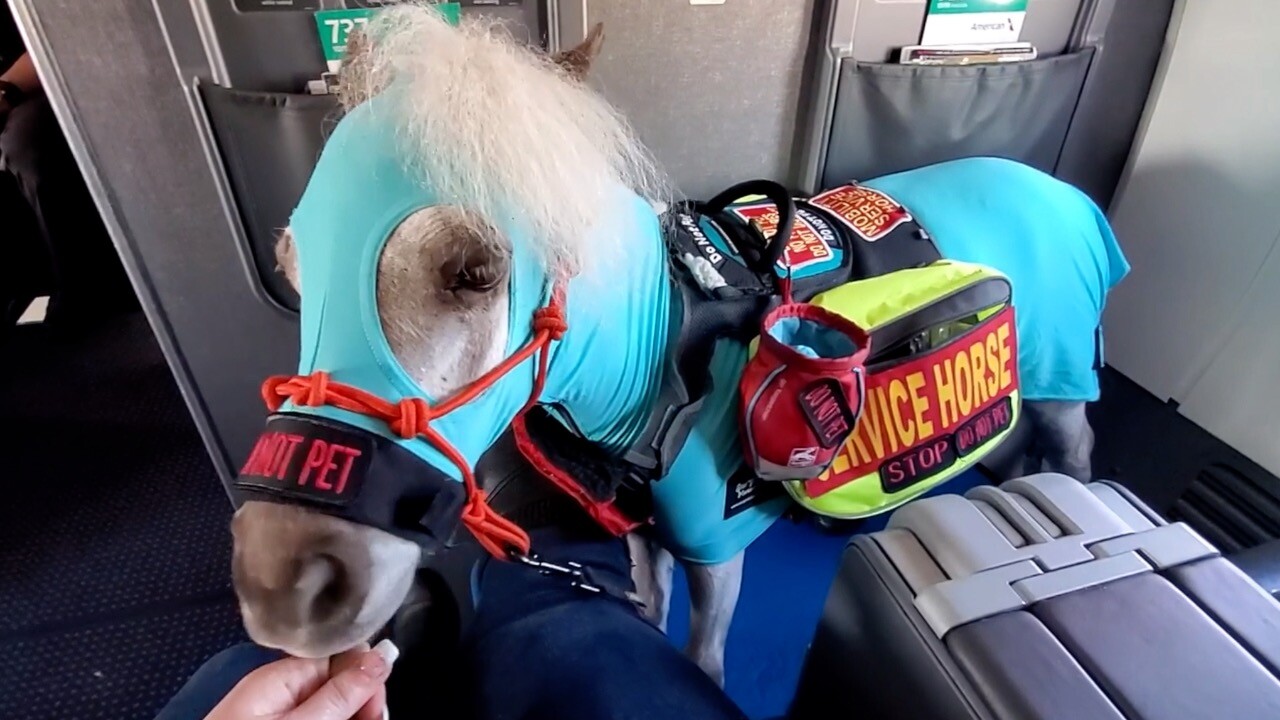 CROTON, Mich. — It's not every day you see a horse on a plane, let alone in first class. But Fred the Mini Service Horse went wheels up with a purpose.

"This was our first trip via an airplane. Fred has traveled several thousands of miles in my vehicle but this was the first time in the air," Fred's handler Ronica Froese said.

Froese has trained Fred to be a therapy and a service horse. Fred, who lives in Western Michigan, is housebroken and is frankly more well-trained than most dogs.

"I spent a year of my life training this horse extensively for what he has, and I was totally prepared for everything," Froese said.

"We left in the afternoon, we flew from Grand Rapids, we connected in Dallas and we went to Ontario, California," Froese said.

"I purchased two first-class seats in bulkhead seating, I paid an arm and a leg for tickets, but I did so because it was Fred's first time and I wanted him to be comfortable," Froese said. "I wanted him to have the most room."

Other than the expected gawking, the trip went without a hitch.

"Everyone was sweet as pie, TSA was amazing. The experience was way better than I actually anticipated," Froese said.

With talks of potentially stricter regulations from the Department of Transportation on which species of animals can fly, Froese hopes Fred's trip shows the model for air travel with a service mini-horse.

She added that some passengers often abuse rules about service animals, but for people like herself, a service animal like Fred is a necessary companion.

"It is out of control, it's a very abused process, there are a lot of untrained service animals on the plane that are not trained," Froese said.

"It's definitely an abused system, but the sad part is what the DOT is looking at doing, they are looking at excluding me as a handler from taking my horse on the plane," she said.

If you want to follow along with Fred or Froese's other mini horses, Charlie and George, click here.

This story was originally published by Aaron Parseghian on WXMI in Grand Rapids, Michigan.