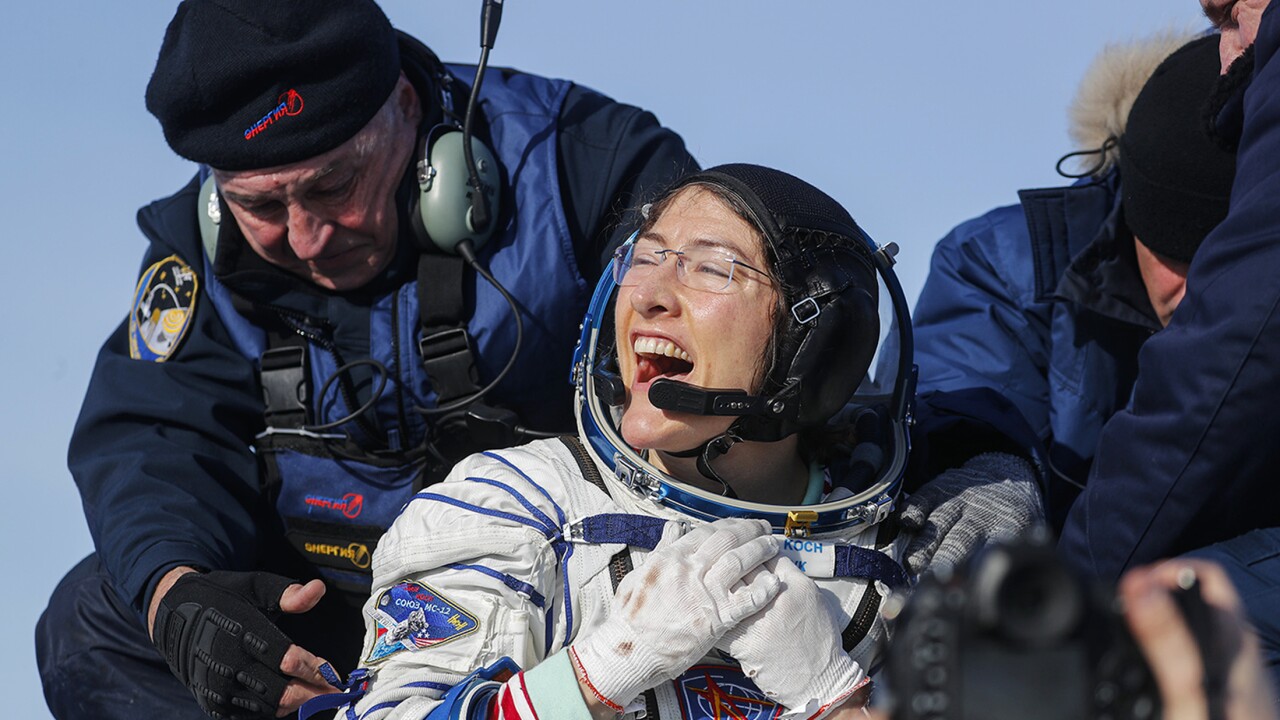 An International Space Station crew that included the NASA astronaut who has spent more time in space on a single mission than any other woman has landed safely in Kazakhstan.

The Soyuz capsule carrying Koch along with station Commander Luca Parmitano of the European Space Agency and Russian cosmonaut Alexander Skvortsov touched down on Thursday afternoon.

NASA's Christina Koch completed a 328-day mission during her first flight into space. She has given researchers the opportunity to observe effects of long-duration spaceflight on a woman.

NASA needs such data since it plans to return to the moon under the Artemis program.