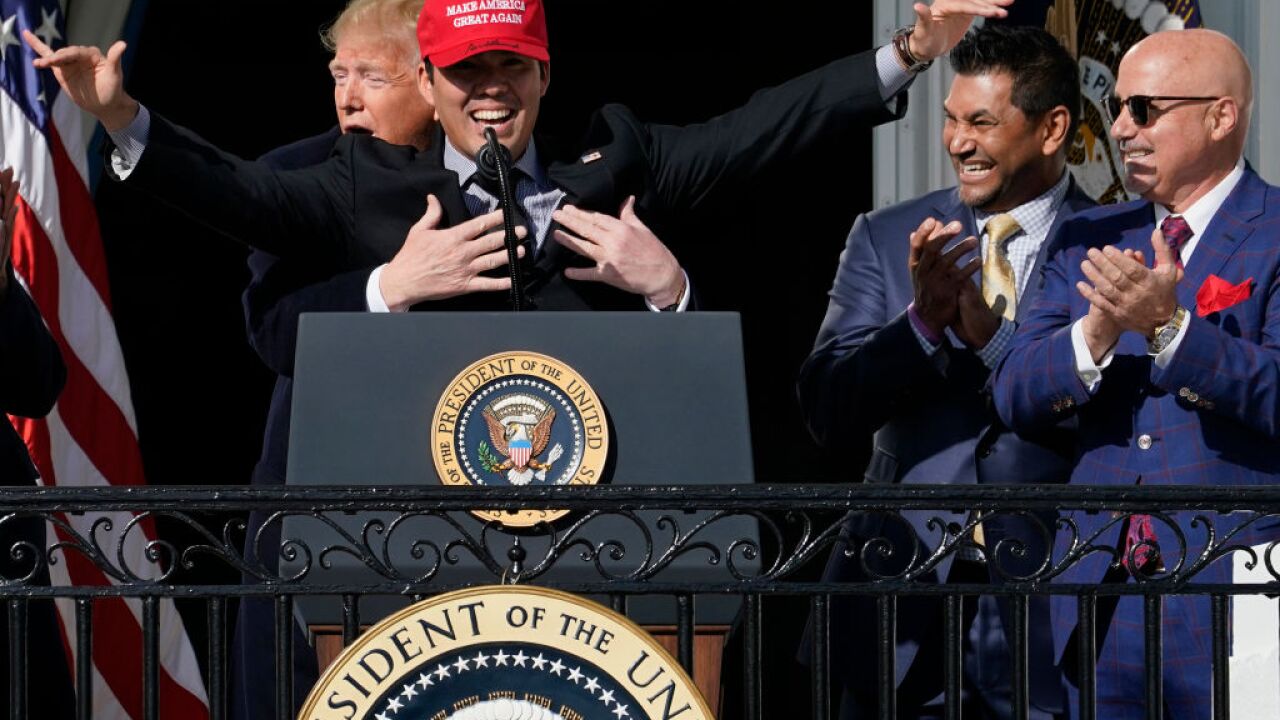 The Washington Nationals visited the White House on Monday, five days after bringing back to Washington the city's first World Series title in 95 years.

Although the visit was a rather cordial affair, one player's headgear drew some attention.

Nationals catcher Kurt Suzuki donned a "Make America Great Again" hat during his visit, which drew the approval of President Donald Trump, who used the slogan during his 2016 presidential campaign.

But the sight of Suzuki wearing the hat seemed to have upset some Nationals fans, who expressed their displeasure on social media on Monday. Many Nationals fans booed Trump and chanted "lock him up" during Trump's visit to Nationals Park for Game 5 of the World Series. Trump had just 4 percent of the vote in 2016 in Washington.

Although most of the Nationals' roster was on hand for the White House visit, some intentionally stayed away from the gathering.

“People say you should go because it’s about respecting the office of the President, and I think over the course of his time in office he’s done a lot of things that maybe don’t respect the office,” Sean Doolittle told the Washington Post.

"Not gonna lie: having spent the past decade cheering on the Nats and the last several months obsessed w/ their playoff journey, it's pretty heartbreaking to see Kurt Suzuki and company go far beyond polite reception and cozying up to a monster who hates people like me," she said.

The Nationals have spent recent days celebrating. The team had a victory parade on Saturday, followed by a visit to the Washington Capitals game on Sunday.