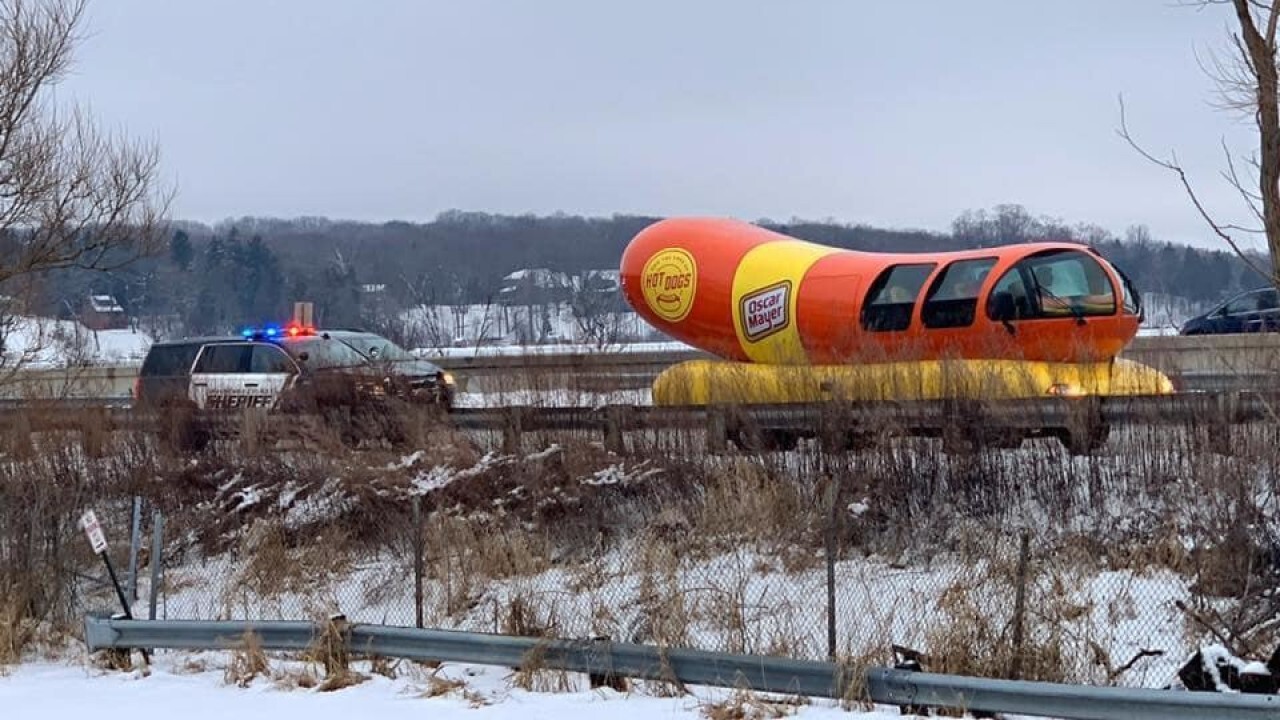 WAUKESHA COUNTY, Wis. — Oscar Mayer is responding to an incident in which their Wienermobile was pulled over in Wisconsin.

The incident happened on Jan. 26 in Waukesha County. The county's sheriff's office said the Wienermobile was pulled over after the driver did not follow the Move Over Law.

The driver was given a verbal warning.

Oscar Mayer posted a video announcing a new shirt that will benefit the National Road Safety Foundation in response to the incident.

The shirt, which can be found here, shows an image of the Wienermobile being pulled over and costs $29.99.

"We're not proud of it, but we're proud that the profits of this shirt will directly fund the National Road Safety Foundation to keep the 'Hot Dog Highways' safe for everyone," said the company.

The Move Over Law requires a motorist to move out of the lane closest to the vehicle as possible, and if not possible, slow down.

This story was originally published by Mayra Monroy at WTMJ.