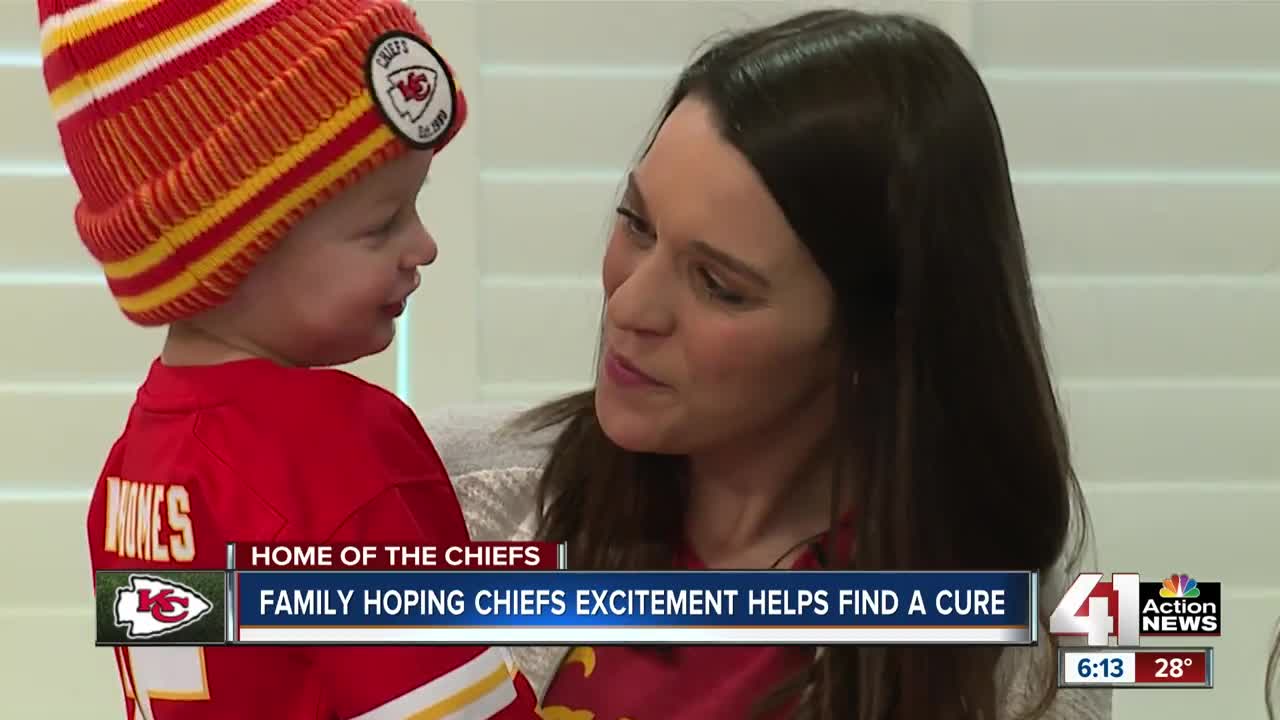 One toddler's family is hoping excitement surrounding the Kansas City Chiefs will help them fundraise. They're auctioning off a football signed by Chiefs players to fund the search for a cure for 2-year-old Charlie Fry's rare genetic disease. 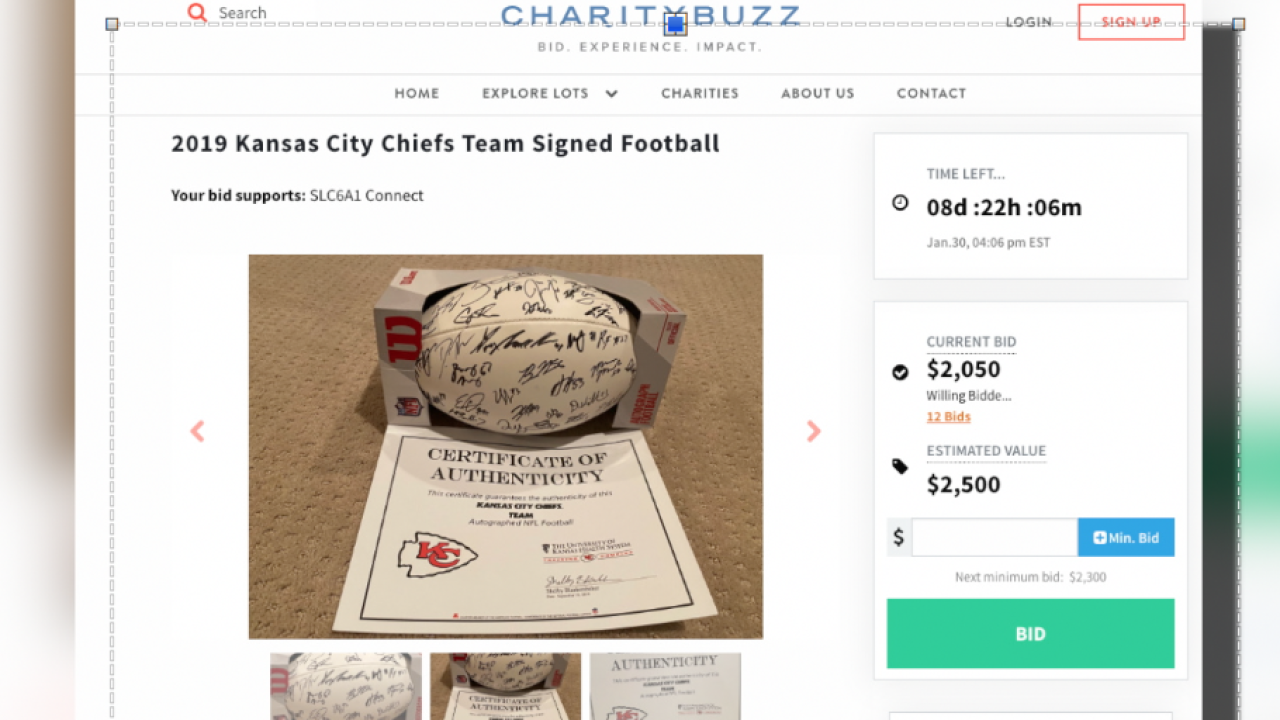 KANSAS CITY, Mo. — A mother and father are hoping a football signed by every Kansas City Chiefs player will help save their son.

Kimberly Fry said her 2-year-old son, Charlie, was diagnosed with a rare genetic disease last year. She first noticed something was wrong when he started getting intense tremors after he was born.

"Come eight, nine months, he started missing every milestone," Fry said. "He had a difficult time using his hands, and for a while there, we were truly afraid he would never be able to feed himself."

Before his second birthday, doctors diagnosed him with SLC6A1 epileptic encephalopathy. There are less than 100 reported cases in the world, and Fry said doctors have told her Charlie is the only case in Kansas City.

There's currently no cure, but there is hope. Fry said there is a strong possibility of developing a gene-replacement cure.

The family has worked tirelessly to raise money and awareness.

"In order to get that cure from the lab to a critical trial, we need about $3 million," Fry said.

Since the diagnosis, the family has raised more than $100,000. They are hoping a piece of Chiefs memorabilia will help them make a big jump.

In September, the Chiefs donated a football to the family with every player's signature on it.

"Little did we know that we'd be going to the Super Bowl," Fry said.

Fry said it's valued at about $2,500. She posted it online Monday night and has already gotten a handful of bids. The most recent one is $2,050.

Fry said the family has been overwhelmed by the community's support.

"It's just the community coming together, and it's extra special because the funds will go toward curing kids and improving lives in our own community," Fry said.

She hopes die-hard fans will see the value in the football, no matter the outcome of the game.

It will be up for auction until Jan. 30.

This story was originally published by Emma James on KSHB.