Pitt and Aniston reunite at SAG Awards, both win trophies 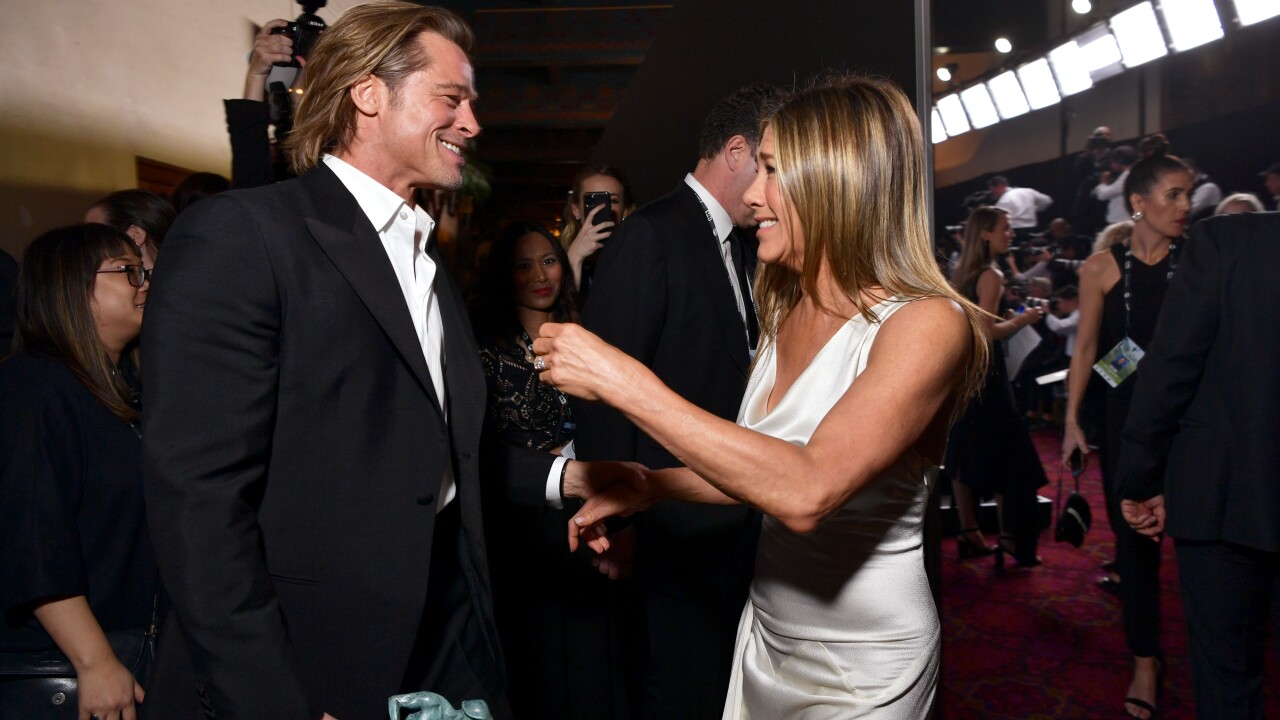 LOS ANGELES, Calif. – “Parasite” has officially infected this year’s award season. Bong Joon Ho’s Korean film became the first foreign language film to take top honors from the Screen Actors Guild on Sunday, setting itself up as a legitimate best picture contender to the front-runner “1917” at next month’s Academy Awards.

Pitt, who is headed toward his first acting Academy Award for his performance in “Once Upon a Time ... in Hollywood,” won for best supporting performance by a male actor.

Shortly later, Aniston won best actress in a drama series for the Apple TV Plus show “The Morning Show.”

However, it was photos of the former couple reuniting backstage that had everyone talking. They famously split in 2005 after Pitt allegedly had an affair with “Mr. and Mrs. Smith” co-star Angelina Jolie.