The 'smart community' trend is growing across the nation 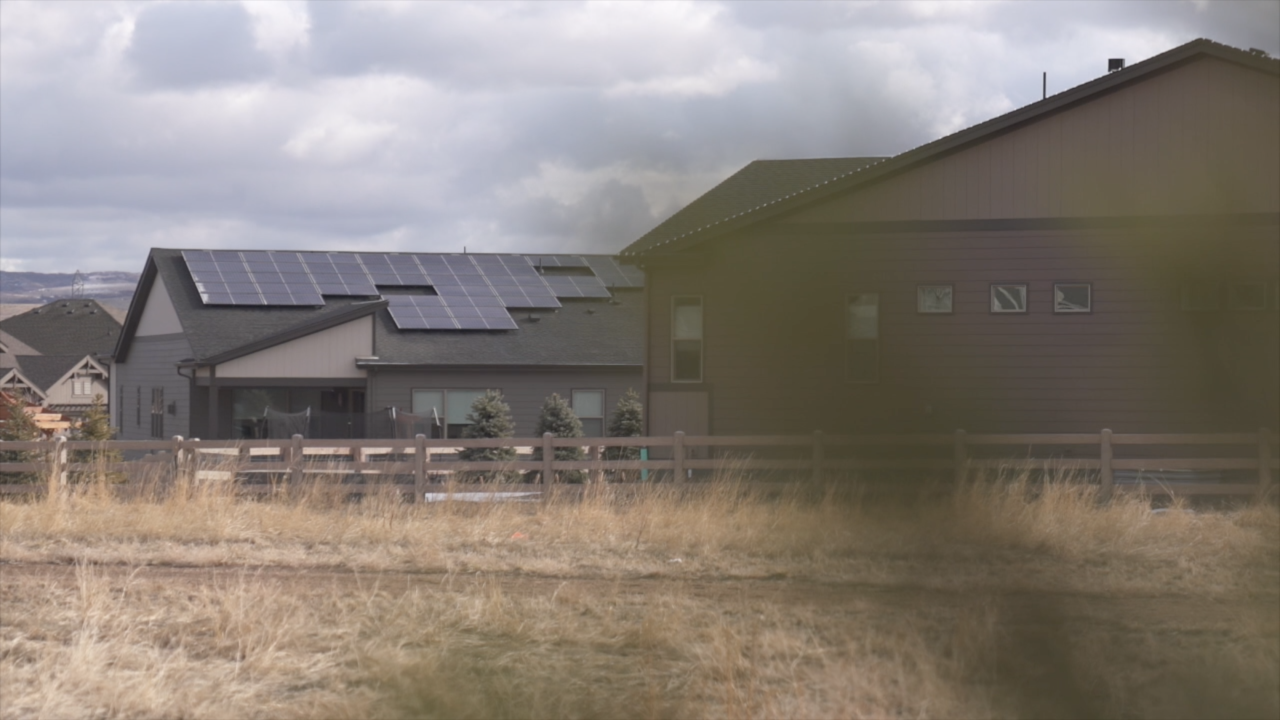 Tyson Hellmich recently became the new owner of a "smart house" in a "smart community."

“The technology, obviously, was a huge part of our decision. Every house gets one-gig internet, and that’s nothing we’ve ever experienced before,” Hellmich said.

From high-speed internet to automated coffee makers, smart homes are popping up throughout the country. And just how smart the home can be depends on how much you want to spend.

“The smart home features are highly dependent on your own investment,” Hellmich said.

There’s also technology outside of the home that’s part of the community. Irrigation sensors can detect when grass needs to be watered, and streetlights are used to alert the community of a significant weather event or safety hazard.

“They have a little LED light on top of each one of them that can change colors,” Hellmich said.

The definition of a smart community depends who you ask.

Using the latest technologies, Svitak says these communities can tackle problems that arise with transportation, air quality, water conservation and energy efficiency. For example, in the case of a water main break, people used to not know the main had burst until their street was flooded.

“Now we can predict that before it happens by putting sensors underground, and monitoring that leakage over time to prevent that water main break from happening in the first place,” Svitak said.

There aren’t a lot of metrics on the number of smart communities already in place across the nation.

According to Svitak, the term was coined in 2010 and really started to explode in 2016, when the federal government gave cities $50 million to spend on smart technology.

“It’d be hard pressed to find a major city or a mid-sized city not working on smart solutions,” Svitak said.

The most critical part of a smart community is connectivity.

Walker Hinshaw is the COO of Lumiere, the technology provider for a smart community in Colorado called Sterling Ranch. He says "fiber" is the technology being used to connect everything in these new communities, making internet speeds faster than ever.

“Fiber’s really that passive component in the system, so as the electronics get better and better, we’re going to be able to have faster and faster speeds out here,” Hinshaw said.

As technology improves, smart city enthusiasts believe life can get better, too.

“Developers are realizing that there’s a huge return on investment for residents to better monitor their water or their energy, or improve the safety of their community by making sure the police can respond more quickly to an incident," Svitak said. "Maybe there’s even a camera that’s able to detect a traffic accident before anyone can pick up the phone and dial 911.”

Hellmich believes it’s the future of housing and he’s looking forward to witnessing how it changes day-to-day life.

“As technology progresses, it’s inevitable for it to make its way more and more into our homes,” Hellmich said.