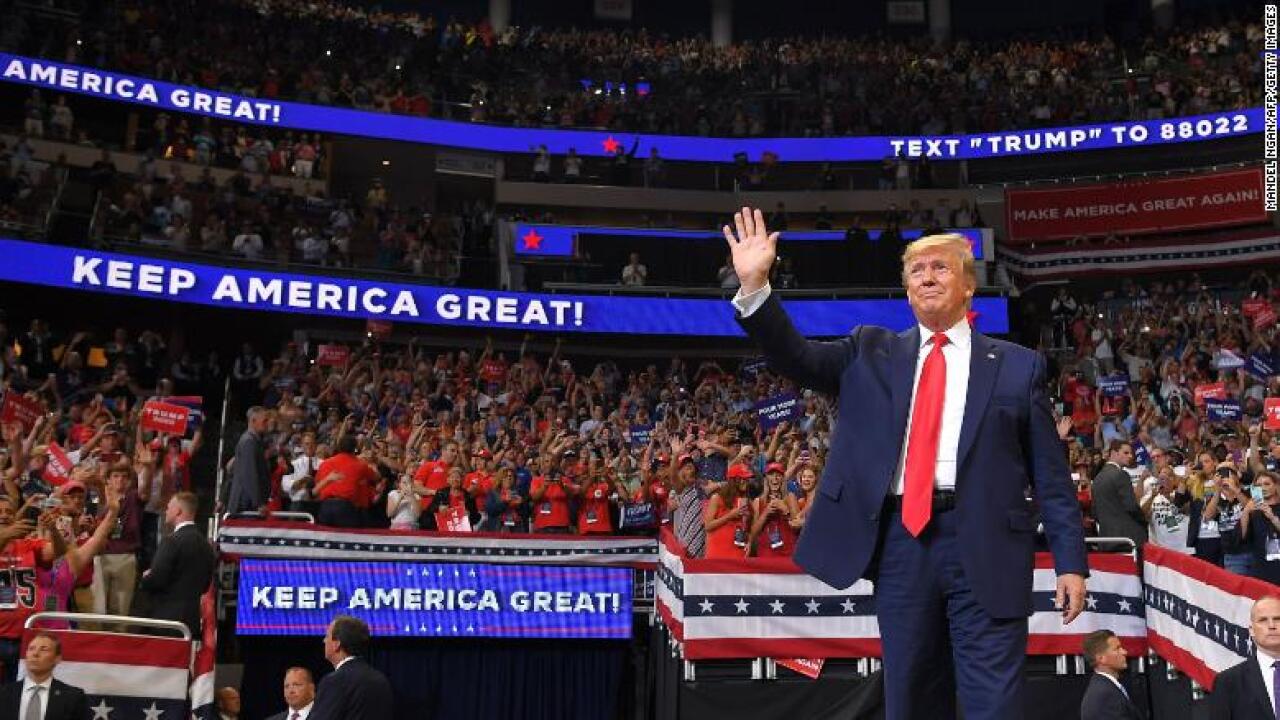 A Mason-Dixon poll of 625 Kentucky voters in October showed a 46-46 tie between the two candidates.

But numbers in Kentucky show Trump is a popular figure compared to his less favorable national numbers, and Bevin is hopeful Trump’s appearance can nudge him across the finish line.

The Mason-Dixon poll showed that 65 of Kentucky voters oppose an impeachment of Trump. The same poll also showed that 57 percent of Kentuckians approve of Trump’s job performance.

Nationally, most polls show Trump with an above 50 percent disapproval rating, and nearly 50 percent of U.S. voters supportive of Trump’s impeachment.

Throughout his entire campaign, Bevin has brought up his relationship with the White House, and some think this is a strategic move as Trump's polling numbers are coming back strong in Kentucky.

"I think him coming here, and seeing the crowds that you have now, are emblematic of how much everybody likes the man, what he’s doing for our country," said Trump supporter Paul Nierzwicki.

Vendors selling Trump merchandise also set up around the rally.

Not everyone was excited for the president's rally. The groups Concerned Citizens for the Center LEX and KFK Kentucky organized a fundraiser that brought the “Whining Baby Trump” balloon to downtown Lexington to be displayed before and during the rally.

The relationship between Bevin and Beshear has been contentious, as Beshear has sued the Bevin administration, most recently in the spring over Bevin’s office issuing subpoenas during a statewide teacher sick-out.

The Bevin administration vowed to hold teachers responsible during the sick-outs, which drew Beshear’s objections.