Utah community does 1,000 pushups a day for teen paralyzed in sledding accident 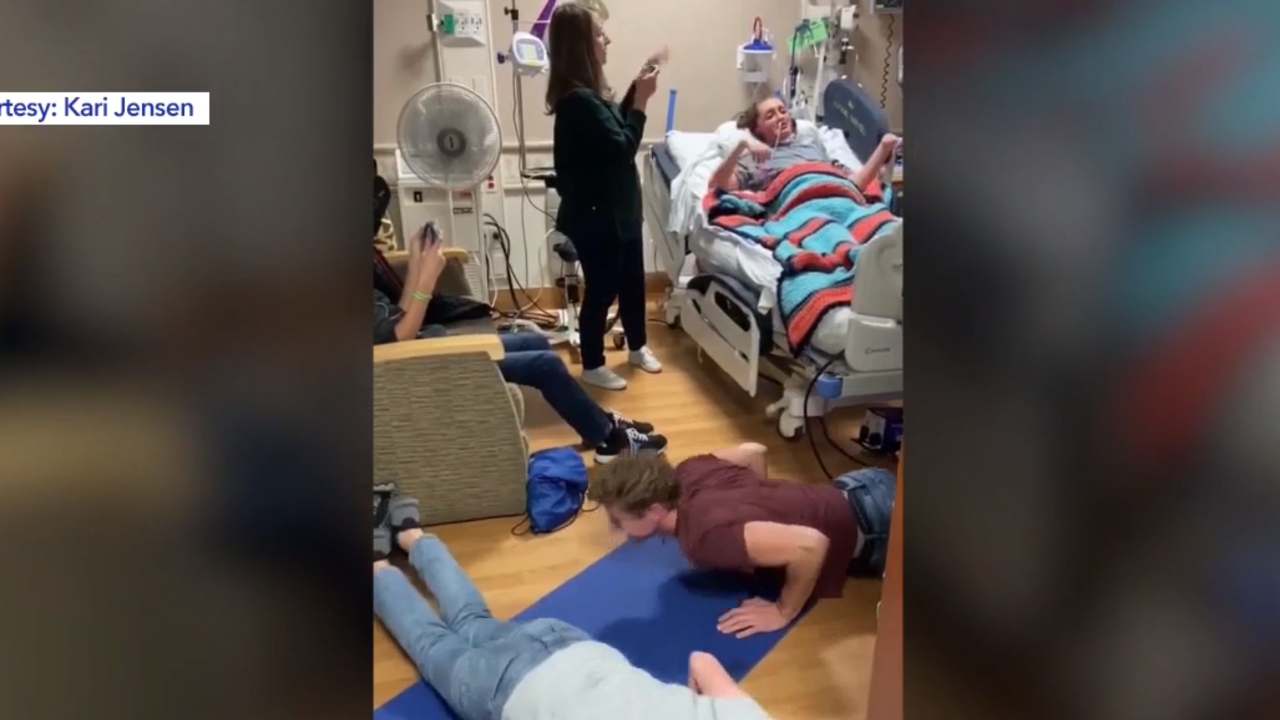 SALT LAKE CITY, Utah -- A Utah community is coming together to do 1,000 push ups a day for what’s called the “Trachea Challenge.”

It’s all in support of Terell Jensen, an 18-year-old who is now paralyzed in his hands and legs after a sledding accident.

The last time he could walk and fully use his hands was Nov. 24, when his family was out near Strawberry Reservoir looking for their Christmas tree.

“I was being pulled behind an ATV and I just got flung and went into the little ditch,” Terell said.

Hitting his back on a rock, the accident left him paralyzed.

“Mentally, it’s really tough sometimes, and you really have to push yourself to stay positive,” he said.

Kari Jensen, Terell's mother, said it was a miracle they had cellphone service when the accident happened and that the helicopter was able to pick her son up.

At first, Kari said she wasn’t sure if Terell was serious about not being able to feel his legs, then reality settled in.

“A lot of the things you think your child is going to be able to do or have are washed away really fast,” Kari said.

Learning how to completely use his hands again, Terell also needs to learn how to breath again, without a tube.

Doctors put what’s called a trachea cap in to help support Terell's lung and diaphragm while he learns to breathe, speak and eat normal food.

“Terell was having a really hard time wearing the cap, and he needed to wear it, so that he could get closer to removing it,” Kari said.

That’s when Kari’s husband came up with an idea — "the Trachea Challenge."

Previously, in the Jensen family, if they wanted to do things as a family, they would set goals to do a certain amount of pushups before the big event.

To support Terell wearing the cap, the Jensens set the goal of doing three reps every minute he wore the cap — but then he became really good at wearing the cap, so they decided to make the number 1,000 reps per day.

“You can do push ups, jumping jacks, sit ups, squats, and you can combine those all to make 1,000,” Kari said.

Terell’s community caught the vision, sending in videos of themselves doing pushups and jumping jacks every day with the hashtag #TeamTerell.

Terell has been wearing the cap more, knowing he’s not alone.

“It’s really fun to see the support that people give, and it’s a big motivation to get better and get out there again,” he said.

The goal for Terell is to leave the hospital before May, when the University of Utah is opening a new rehab center.

A GoFundMe for the family has been set up and can be found here.

This story was originally published by Erin Cox at KSTU.