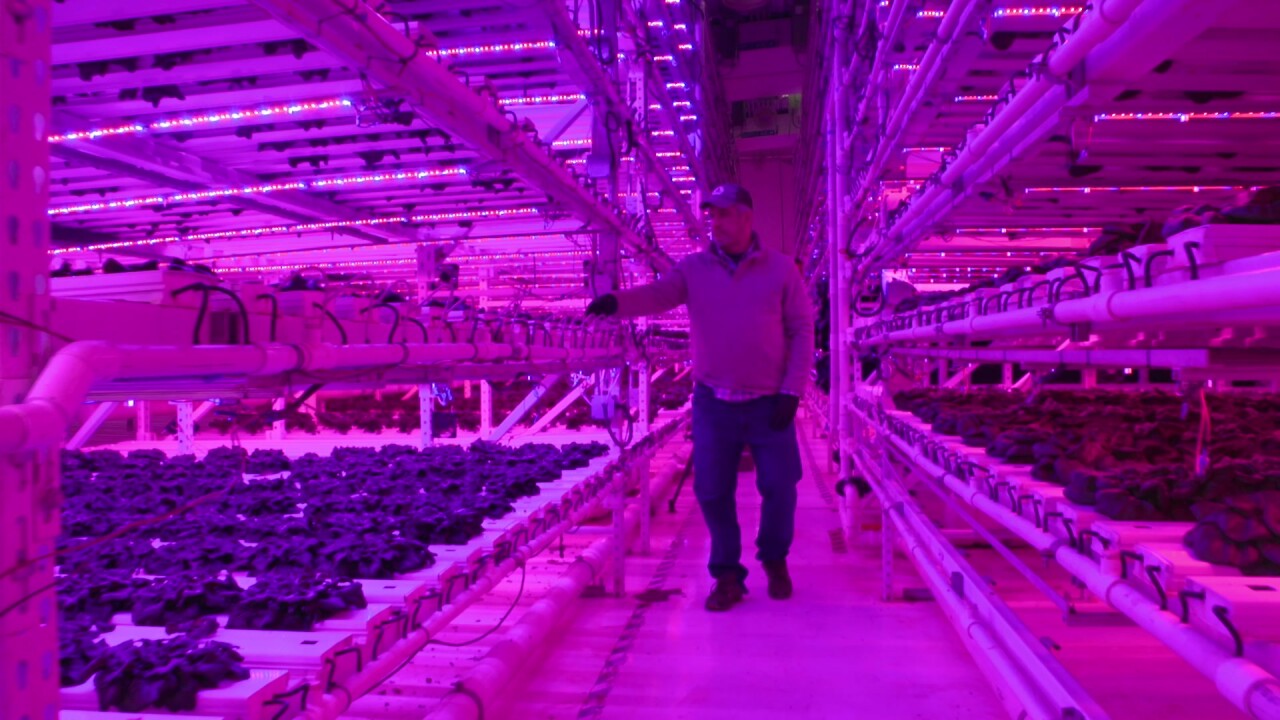 LAKEWOOD, Colo. – Inspired by growing population, shrinking farmland and more people living in urban areas – the future of farming may have already arrived.

Tucked away in an industrial area of Lakewood, Colorado, is an agricultural oasis called Infinite Harvest.

“What we got is our butterhead lettuce what we sell as a living product with roots attached to it,” said James Romano, who operates Infinite Harvest – a vertical hydroponic garden where they produce big yields in a relatively small space.

Instead growing goods in soil and under the sun, Romano produces plants underneath the glow of LED lights with water putting nutrients into their roots.

He says this controlled environment isn’t impacted by weather and changing seasons – which allows his team to harvest nearly year-round while using a lot less water.

“Your conventional farming is using hundreds of gallons of water to irrigate versus we recycle our water,” Romano said. “We treat it. We recirculate our water on a daily basis.”

More vertical gardens are sprouting up across the country and going to places like Leevers Locavore grocery store where they sell greens that are grown inside vertical farms.

It’s all clearly marked so you know when you’re buying some non-traditional fruits and vegetables.

“Absolutely I think it’s worth. You look at just the nutrition density,” he said. “I love the fact that they’re local, even hyper local.”

At the University of Colorado Boulder, they have a vertical greenhouse attached to their on-campus dining hall.

Macmillan calls this an academic advancement of agriculture and a way this college can decrease its carbon footprint while increasing its production.

“Students look in their everyday and they can see the progress,” he said. “Everyone likes eating stuff that’s good for them and that tastes good and is fresh and that’s what we’re able to provide.”