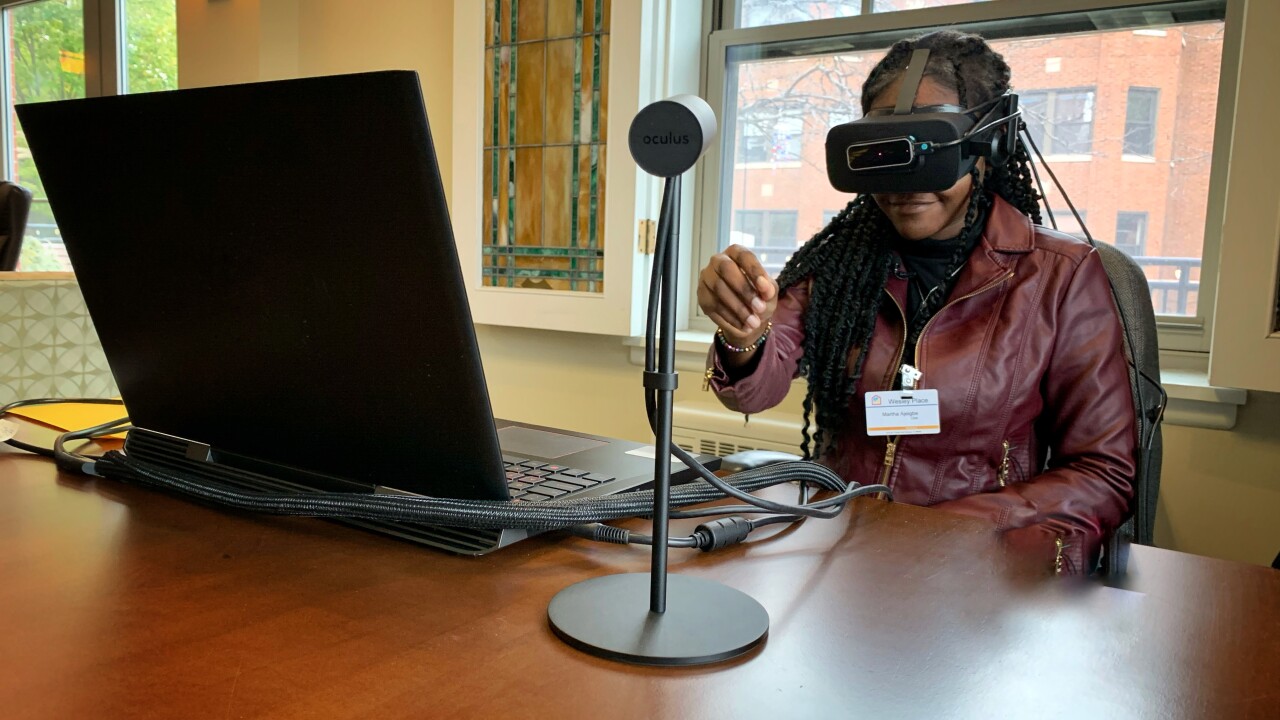 One pilot program is putting caregivers inside the mind of Alzheimer’s patients.

Using a virtual reality headset and console, Amelia Williams is immersing herself into the mind of a fictional dementia patient known as “Beatriz.”

Williams is a research coordinator at Rush University Medical Center .

“I didn't expect it to be as disorienting as it was,” said Williams.

And that’s the point.

The program created by Los Angeles-based Embodied Labs provides a window into life for a person in the advanced stages of Alzheimer’s.

“She just can't remember stuff that she does anymore. Sounds really scary like I can't even imagine myself,” explained Martha Oluwadamilola Ajeigbe, a certified nursing assistant who cares for patients with dementia and Alzheimer’s disease.

The helplessness of becoming disoriented in a grocery story is simulated in one vignette.

“Beatriz” can’t find the words to ask for help as food labels become unclear and she forgets where she is.

It’s that experience that many who encounter someone with Alzheimer’s often wonder about.

“What does it feel like? That is the question I used to get all the time,” said Dr. Neelum Aggarwal. She’s a cognitive neurologist at the Rush Alzheimer’s Disease Center in Chicago.

For the last year and a half, Dr. Aggarwal has utilized the VR technology to train 35 medical students, transporting them into an alternate world.

“What I've heard is ‘I had no idea. I had no idea this is what it's like,’” explained Aggarwal. “Wow. How do people go through the day like that?”

Third-year medical student Emily Phelps has been the student coordinator for the pilot project and says the training has been invaluable.

The training is also being piloted amongst family members, interns and direct care staff in facilities with Alzheimer’s and dementia patients. For the last two years, Ann Brennan, the director of volunteer services at Chicago Methodist Senior Services , has been using it to train staffers.

“It creates an understanding and an empathy,” said Brennan, whose own father was recently diagnosed with Alzheimer’s disease. “To me it's a game changer.”

It’s a virtual experience, bringing deeper understanding for those who need it most.