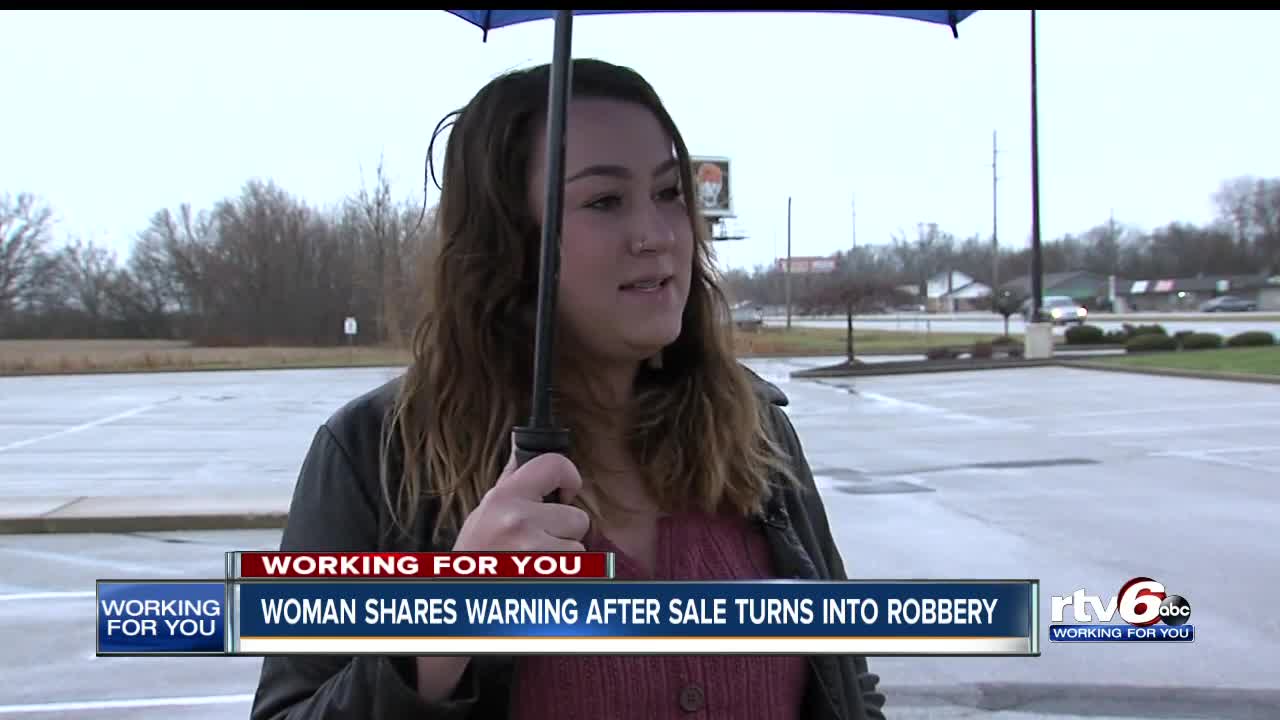 A south side Indianapolis woman and her brother ended up at gunpoint after they attempted to sell a Playstation 4 in a parking lot. 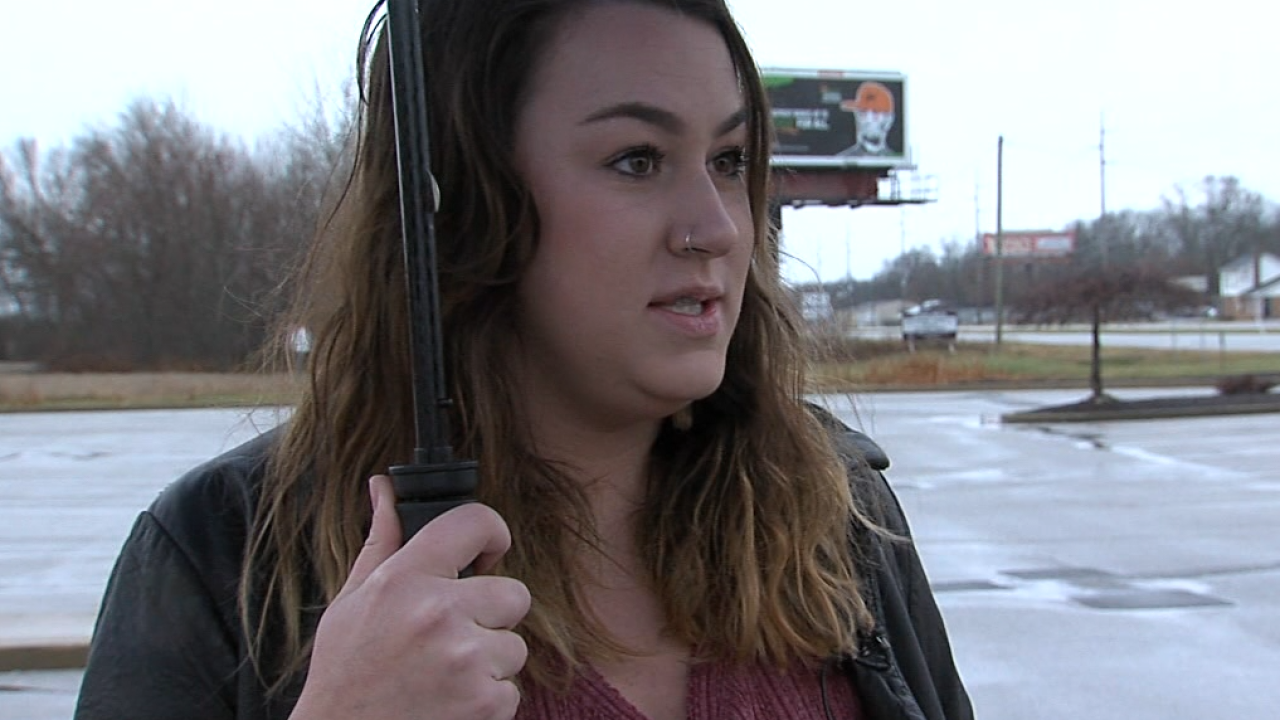 INDIANAPOLIS, Ind. — An Indianapolis woman and her brother found themselves at gunpoint after doing something many people do without thinking, especially this time of year.

They arranged to sell a video game system through an app in an effort to make some extra cash.

Kimberlee Arnold and her brother met a man in the parking lot of the Camby Crossing Shopping Center who was joined by two other men.

"We met them here and we parked," Arnold said. "They came up to our car. We rolled down the window."

They were there to buy a PlayStation 4 that Arnold and her brother decided to sell online by using an app to find a potential buyer.

Arnold's brother was showing them the gaming system when the men asked them to hand over the PlayStation. Her brother refused to hand it over unless the men gave him cash.

Instead, one of the men pulled out a gun.

"He held it at his chest and pointed at my brother's head and said to hand over the PlayStation and then they took off," Arnold said.

The traumatic robbery came at a bad time. They needed the $200 they hoped to get for the PlayStation.

"I actually needed medicine, and so my brother was going to buy my medicine for me and give my dad some money for bills," Arnold said.

Now Arnold has a message for people trying to make a few extra bucks around the holidays.

"Don't meet someone on apps or letgo apps unless you have a safe place, which I thought this would be a safe place," Arnold said. "You know it's right in the open. Everyone's by us, but apparently it wasn't."

It's a message echoed by the Indianapolis Metropolitan Police Department. A spokeswoman told WRTV they have created safe zones at each police district headquarters where people can go to finalize online sales with 24-hour surveillance and proximity to law enforcement.

Arnold was looking to get rid of a few other belongings, but now she said she will be giving it away.

"I don't think I'm ever going to sell anything again," she said. "I decided I'm going to donate them all to a local church because I don't want to sell. I'm too scared."

She is hoping for justice so that no one else is victimized.

"Hopefully, we find out from the cops. Hopefully, they find them," Arnold said. "I'm just praying that they find them because it could happen to anyone at any time and I don't want it to happen."

This story was originally published by Graham Hunter at WRTV.