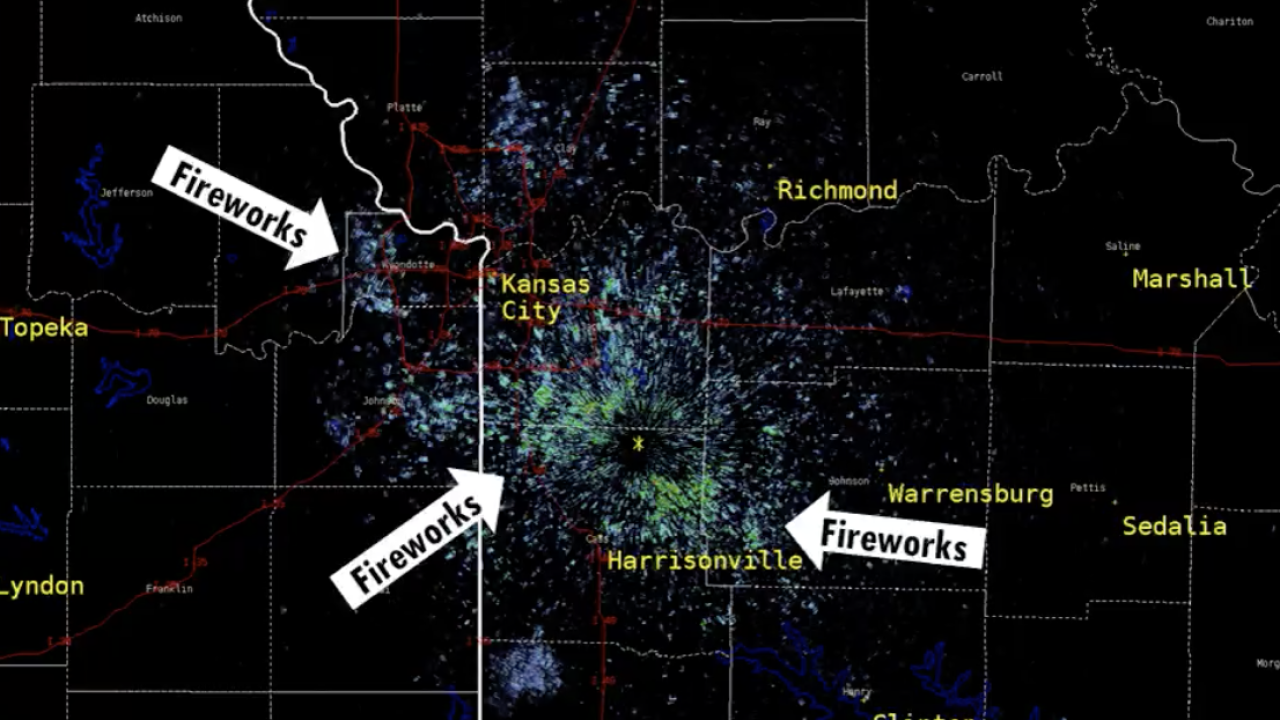 The NWS in Kansas City tweeted that the fireworks throughout the city were detected on radar.

The fireworks were detected as far south as Clinton and Butler, Missouri.

Thanks to a stunning fourth-quarter comeback, the Chiefs won their first Super Bowl in 50 years Sunday in a 31-20 win over the San Francisco 49ers.

Here's #KansasCity erupting in celebration, as detected by our radar! 🎉🎇🎆🏈 pic.twitter.com/IlfG82gxl6

This story was originally published by KSHB in Kansas City, Missouri.